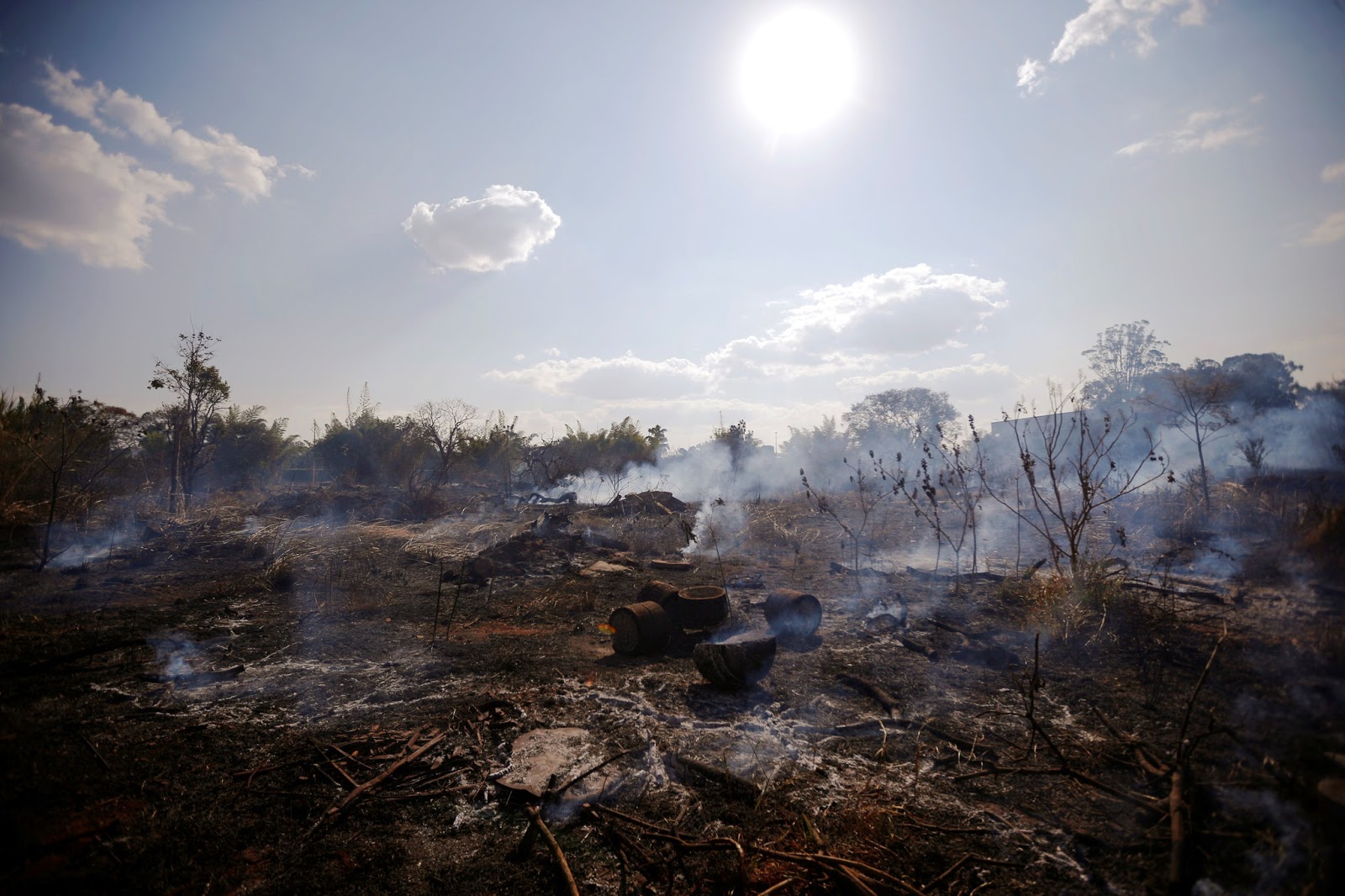 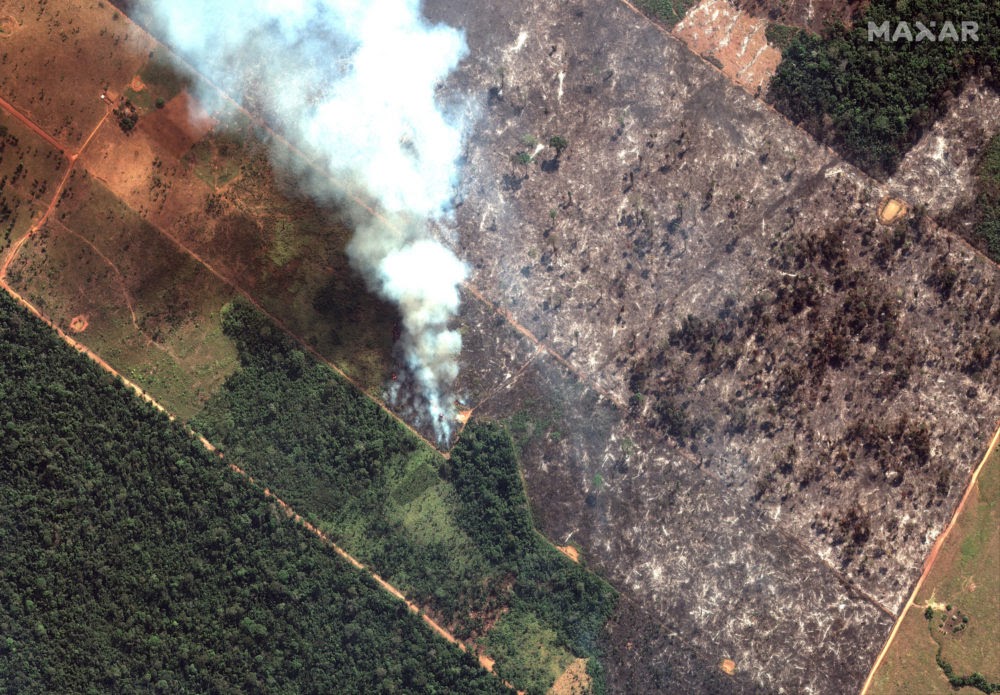 ILLEGAL DEFORESTATION CAUSED AN INTERNATIONAL CRISIS FOR PLANET EARTH, SO WHAT WILL SOLVE IT

The Amazon Rainforest, one of the Earth’s most important sources for absorbing the carbon dioxide in the atmosphere, is on fire. It’s an international crisis. This lush jungle, which covers more than 2 million square miles and produces nearly a quarter of the planet’s oxygen, has been burning for years and has seen a rapid increase in clearing fires in the last few months.

If this Co2 repository vanished, an irreparably damaging amount of carbon will be released back into the air. This will result in rapid global warming and climate change. And it’s already happening. There are so many fires burning throughout the forest in Brazil that smoke is literally visible from space, according to satellite data from the National Institute for Space Research. This map from NASA’s JPL shows a blanket of carbon monoxide expand in the northwest Amazon region through Mato Grosso to the south and east toward Sao Paulo.

It is now more critical than ever that we understand the immense dangers and extreme nature associated with the fires in the Amazon. First off, let’s explain just how important an impact the Amazon Rainforest has. Later on, we’ll dig into the causes, how world leaders are dealing with this, and what you can do to help. 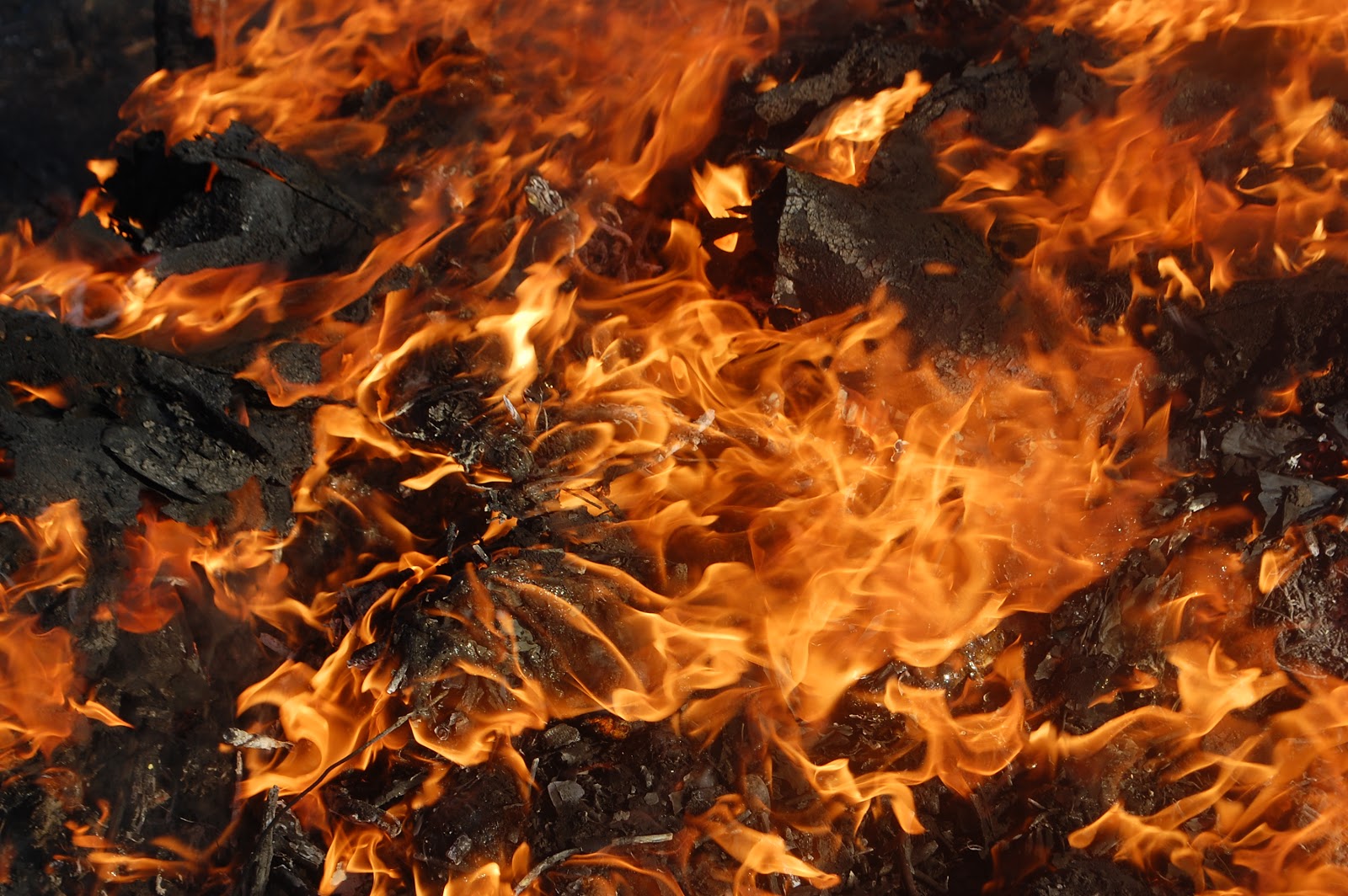 Understanding the Connection: the Amazon Fire and Climate Change

The basin of the Amazon Rainforest is burning. “The rich rainforest is critical to the Earth’s climate, influencing weather systems, generating oxygen, and absorbing huge amounts of carbon dioxide — the heat-trapping greenhouse gas that contributes to global warming,” says Harvard biologist Brian Farrell. “[And] as the largest rainforest in the world, the Amazon’s storage of carbon is substantial enough to change the world climate if it were released into the atmosphere. This is a risk for the entire planet.”

In terms of its ability to absorb carbon dioxide from the atmosphere, this forest is referred to as a carbon sink. The process of storing carbon this way is called carbon sequestration. According to this report from Yale, the “massive scale of the Amazon rainforest as a carbon sink gives it a significant influence on the global carbon cycle.” However, fires in the Amazon “threaten to create a “dieback” scenario where the forest no longer functions as a carbon sink.” Essentially, what this means, is that scientists are (rightfully) concerned that this carbon sink will turn into a carbon producer.

The Lungs of the World

According to a report by the New York Times, “the Amazon is often referred to as Earth’s “lungs,” because its vast forests release oxygen and store carbon dioxide, a heat-trapping gas that is a major cause of global warming. If enough rain forest is lost and can’t be restored, the area will become savanna, which doesn’t store as much carbon, meaning a reduction in the planet’s ‘lung capacity.’”

These “lungs” play a major role in regulating the climate. Our “world would drastically change if the rainforest were to disappear, with impacts on everything from farms to drinking water,” which is indescribably dangerous. 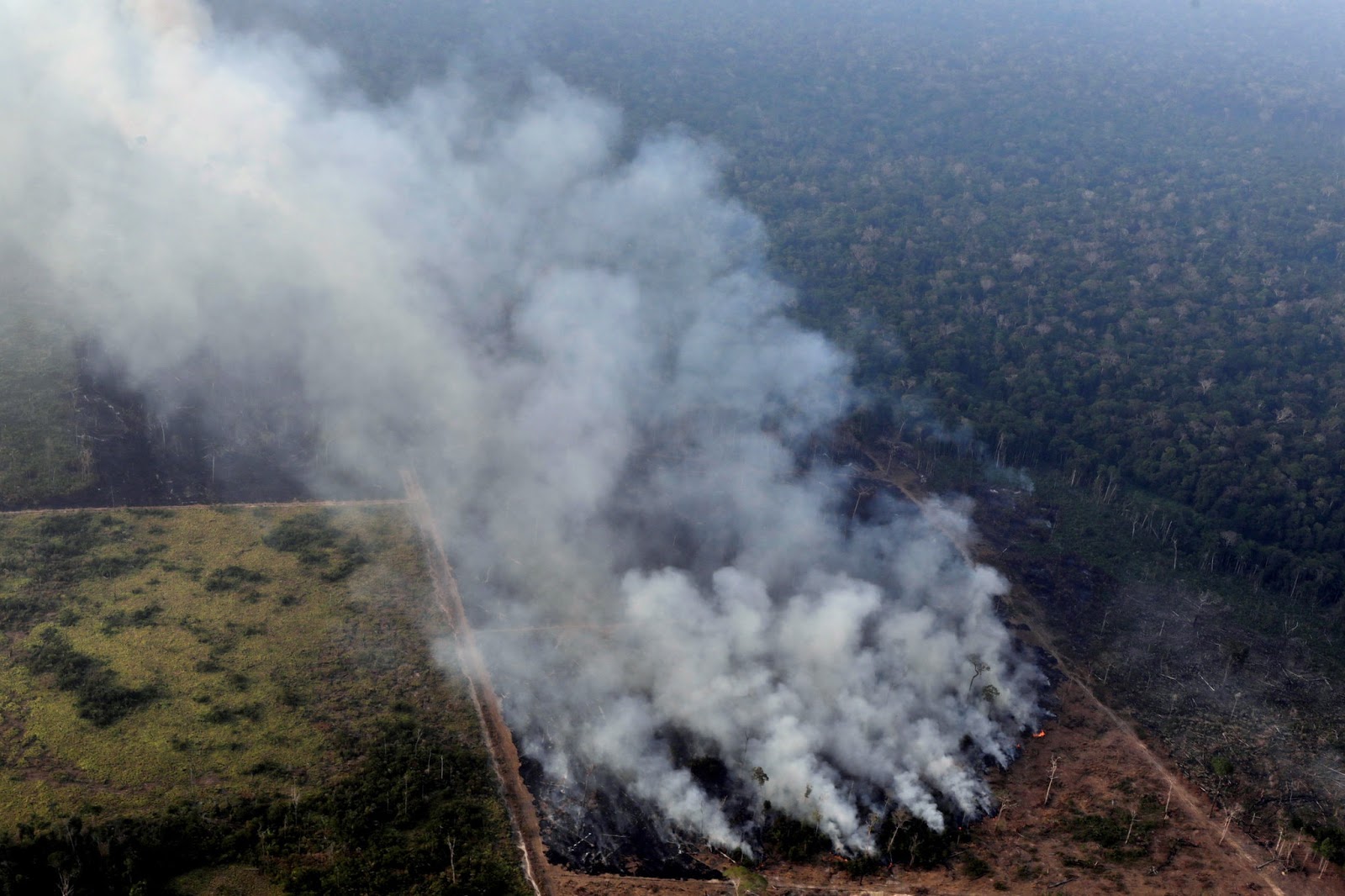 Deforestation, the Brazilian Government, and Bolsonaro

It’s no surprise, no matter how horrible, that deforestation is the main cause of the fires. So how does deforestation affect climate change? Well, according to Danicley Aguiar of Greenpeace Brazil, “in addition to increasing emissions, deforestation contributes directly to a change in rainfall patterns in the affected region, extending the length of the dry season, further affecting forests, biodiversity, agriculture, and human health.” And as the number of fires increase, greenhouse gas emissions do too. This causes the planet’s overall temperature to rise. But how was this allowed to happen to such an important ecosystem?

According to this CNN report, “Farmers and ranchers have long used fire to clear land, and are likely behind the unusually large number of fires burning in the Amazon today.” In fact, there has been a 70% increase in fires this year in Brazil’s rainforest compared to the same time last year. This devastating increase is strictly due to deforestation. So who’s to blame?

Deforestation in the Amazon has soared since the far-right Brazilian President Jair Bolsonaro took office in January. He has allowed for a dramatic increase in deforestation in the region. CNN reports that “environmental organizations say he has encouraged ranchers, farmers, and loggers to exploit and burn the rainforest like never before with a sense of impunity.” A New York Times analysis of public records found that “enforcement actions intended to discourage illegal deforestation, such as fines or seizure of equipment, by Brazil’s main environmental agency fell by 20 percent during the first six months of this year.” 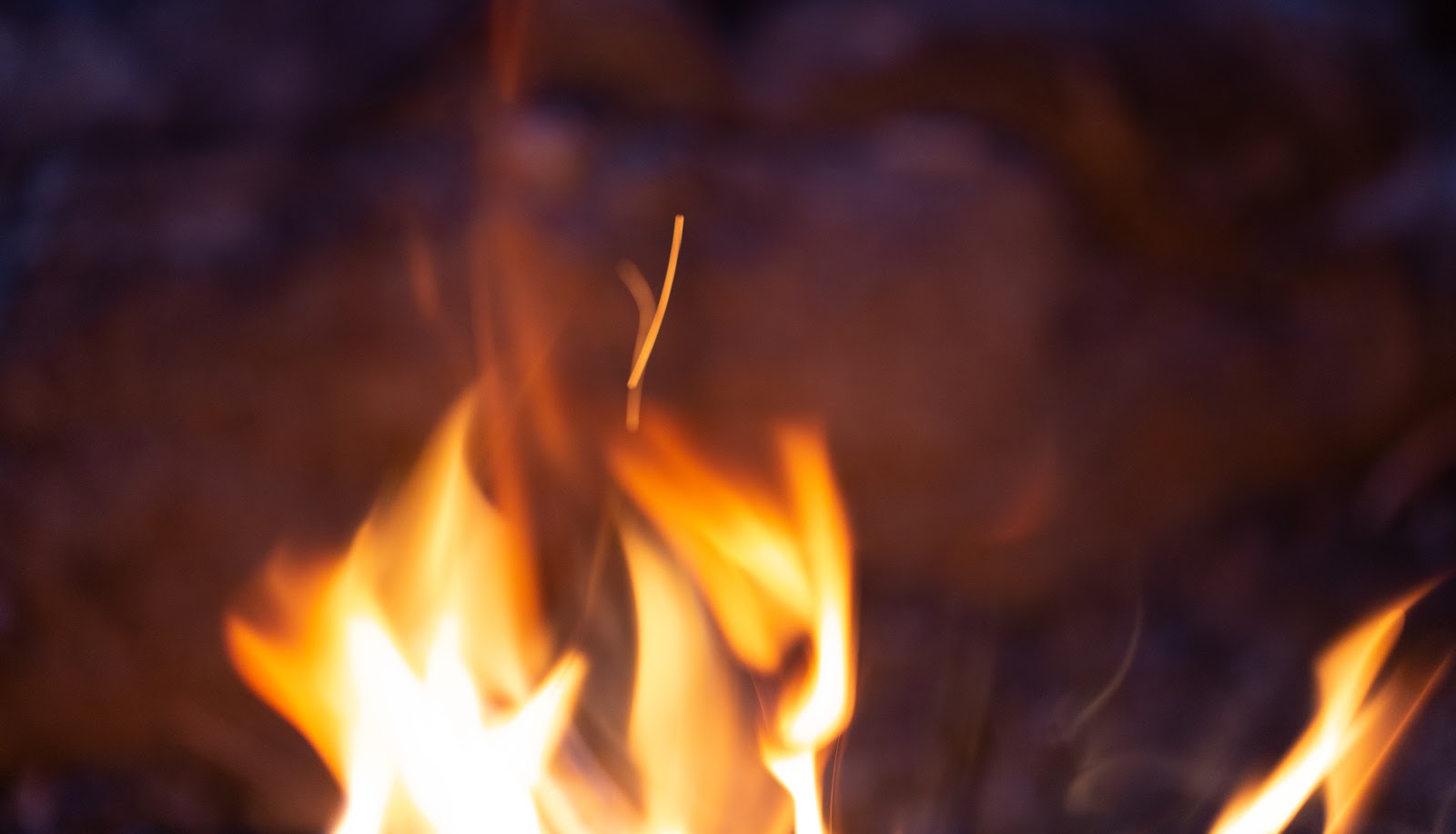 Bolsonaro dismisses all accusations and has even gone so far as to call the scientific evidence, such as actual satellite data, “lies”. He has come up with a number of reasons why the fires are happening, including conspiracy theories about other politicians framing him. NPR’s ‘On Point’ reports that one of these theories is that “environmental NGOs (Non-Governmental Organizations) could have set the blazes to embarrass him.”

It sounds too ridiculous to be true, but that’s not even as ridiculous as it gets. Bolsonaro initially rejected a $20 million aid package from the G-7 countries that would go toward extinguishing the flames. However, a day after the rejection, he changed his temper tantrum into pure passive aggression. According to CBS, the “Brazilian leader has said Tuesday that his government will accept all foreign aid from organizations or countries — as long as it can decide how to use the assistance.

President Jair Bolsonaro originally said he would only accept help if French President Emmanuel Macron apologized to him personally for perceived insults first. You read that right. The world’s most important source for absorbing Co2, an ecosystem filled with beautiful species of insects, animals, and plants, is burning; and yet, it seems that the political drama is more important than the planet’s overall health.

Did the G-7 Summit Help?

According to the BBC, “International leaders at the G7 summit [(Canada, France, Germany, Italy, Japan, the UK, and the US)] have agreed to provide logistical and financial support to help fight fires in the Amazon rainforest.” However, as far as we know, the “funds” are only just over $22 million dollars. And with fires burning across the Amazon, an area larger than Germany, this amount of money will do very, very little to help.

This means that protecting the Amazon today and throughout the future will be up to more than just a handful of countries. It’s going to take everyone stepping up and doing their part. It means we need bigger and better environmental, economic, and lifestyle changes and policies in place. And while we wait for world leaders to do their part, which could be enormous if actually dealt with, we need to do everything in our reasonable power to start making a change.

How You Can Help

Yes, you! There are numerous ways you can do your part in aiding the protection of the rainforest. For starters, donations to organizations dedicated to protecting the Amazon go a long way. Additionally, get involved in the political discussion. Also, changing your lifestyle to be a more sustainable one is never a bad thing. And lastly, programs specifically designed for planting trees are a fantastic way to do your part. 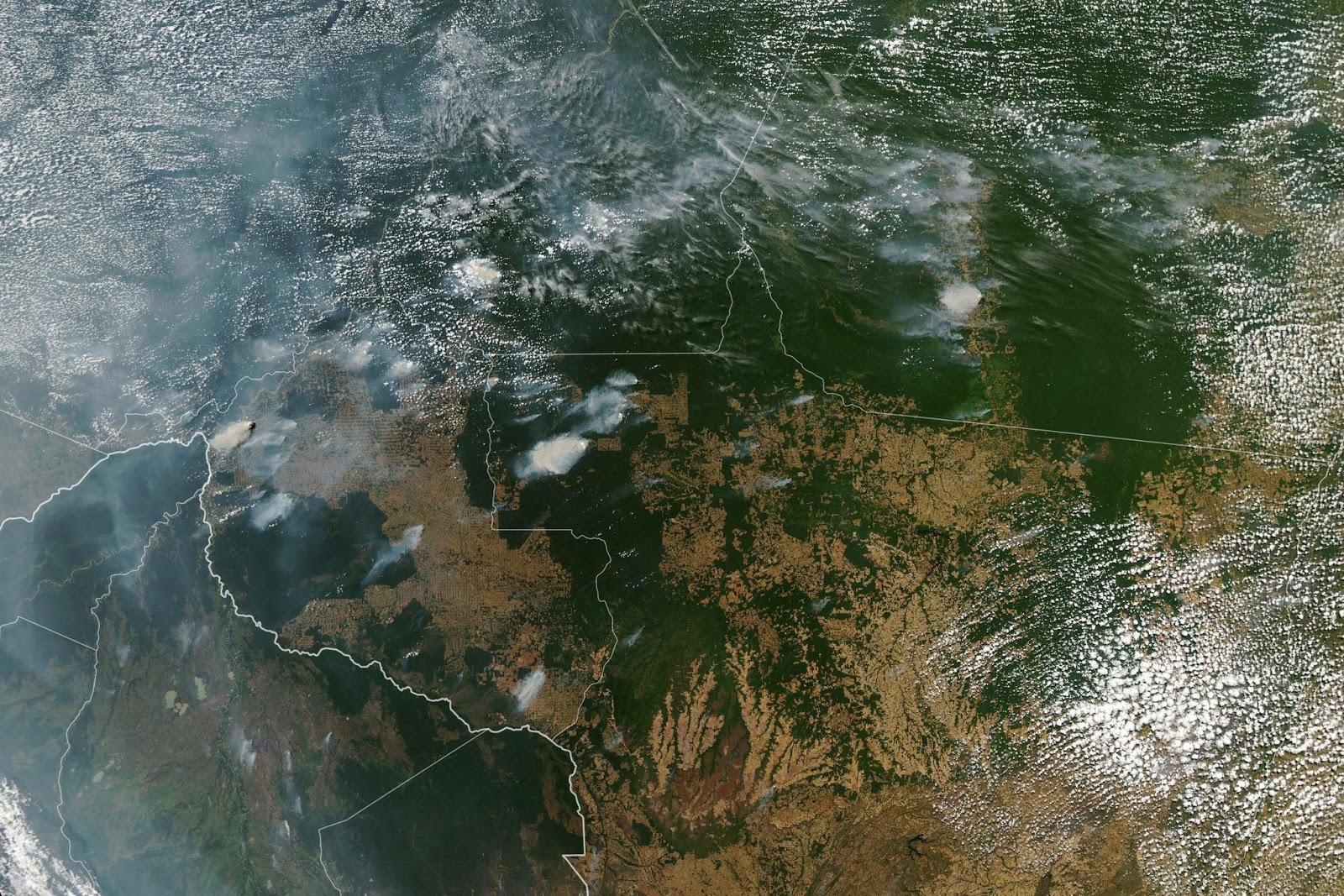 By subscribing to our program, we do the work for you. Each month we will use your contribution to plant trees on your behalf through our network of non-profit partners, including the National Forest Foundation. This will negate the average American’s carbon emissions and help heal our planet. As we plant trees, you will accrue points that can be spent on exclusive Forest Founders merchandise or to plant additional trees.

The Amazon Rainforest is critical to the longevity of our planet’s natural resources, ecosystems, and life. This is why it’s more important than ever that we plant trees. And more trees. And more trees. We need to protect our forests, oceans, and other carbon sinks before it’s too late. And as you can probably tell from reading this, it’s almost too late. So don’t waste any more time. Do your part; protect the Earth so that future generations can live. It’s really that simple.

More pictures of Amazon Rainforest fires can be found here.