What are 5 Consumer Responsibilities that You Should Know? 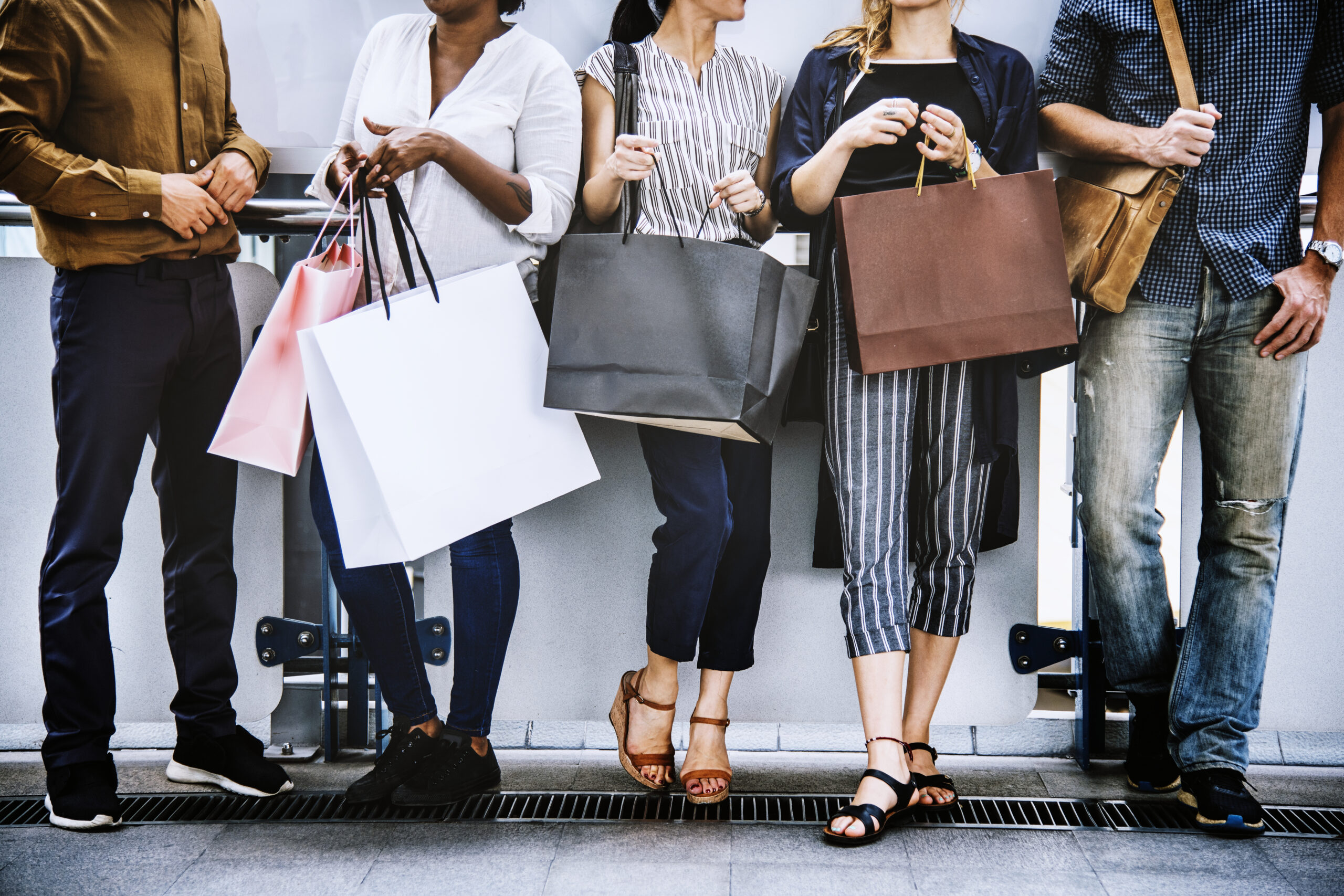 At Forest Founders, we believe everyone has the power to take their consumer education into their own hands. Take action with us to understand your role in understanding your responsibilities as a consumer. Meanwhile, see how you can join the fight to create a carbon-accountable industry. 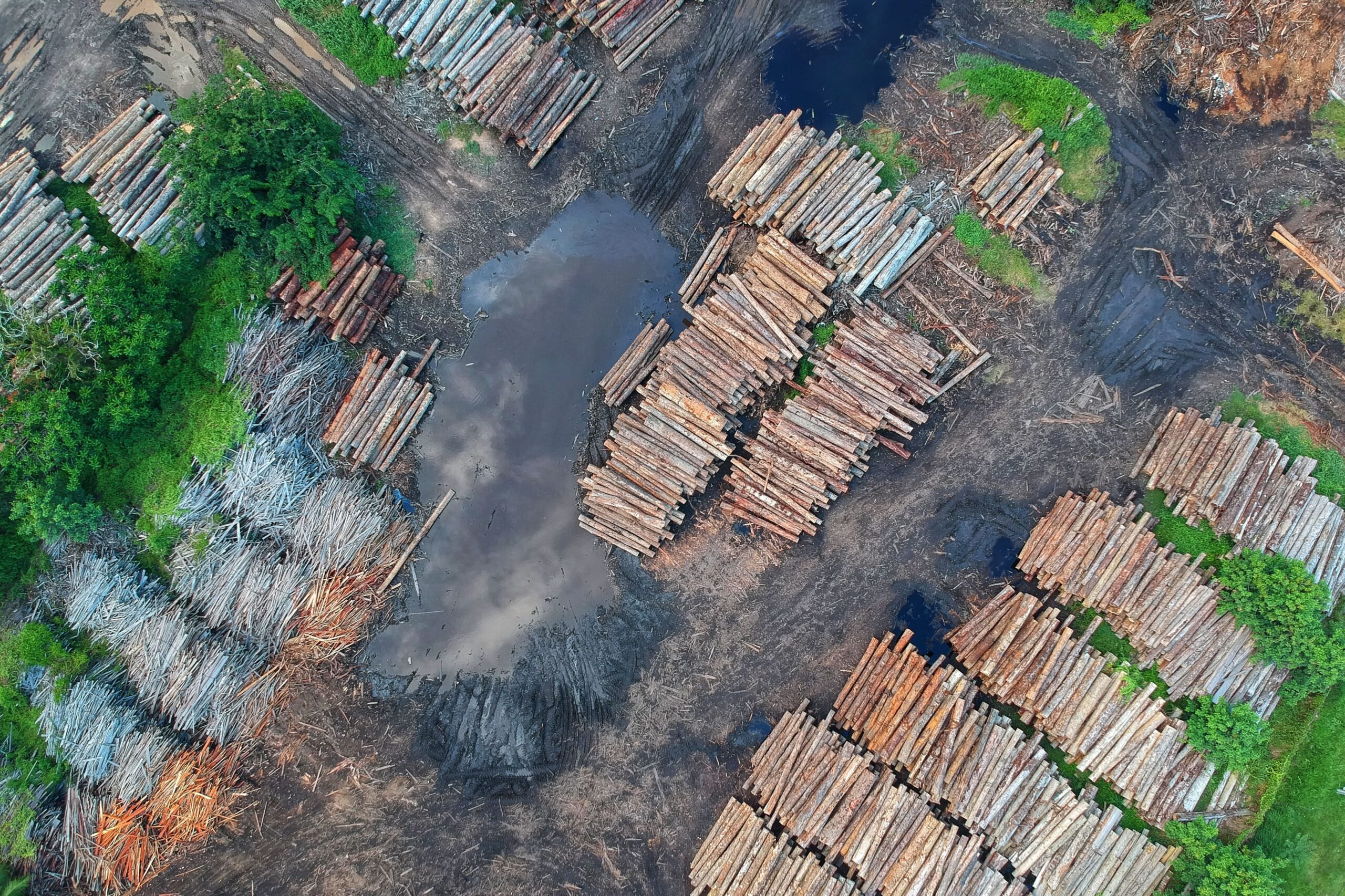 Life wouldn’t be possible if it weren’t for trees. As we all learned in grade school science class, plants take in carbon dioxide and release the oxygen necessary for us to live. One would think that would be enough reason to take care of our trees, but deforestation has remained a pastime of human existence since going industrial. Between 1990 and 2016 alone, 502,000 square miles of forest were destroyed, be it for agriculture or urban development, or even to a natural disaster like a wildfire. The Amazon Rainforest has been called “the lungs of the world” for good reason. Subsequently, more than 20 percent of the world’s oxygen comes from it. Because of this, it’s devastating to learn that the Amazon rainforest has shrunk from the size of Western Europe to the size of France. This deforestation threatens indigenous peoples too, all in the name of agricultural development. 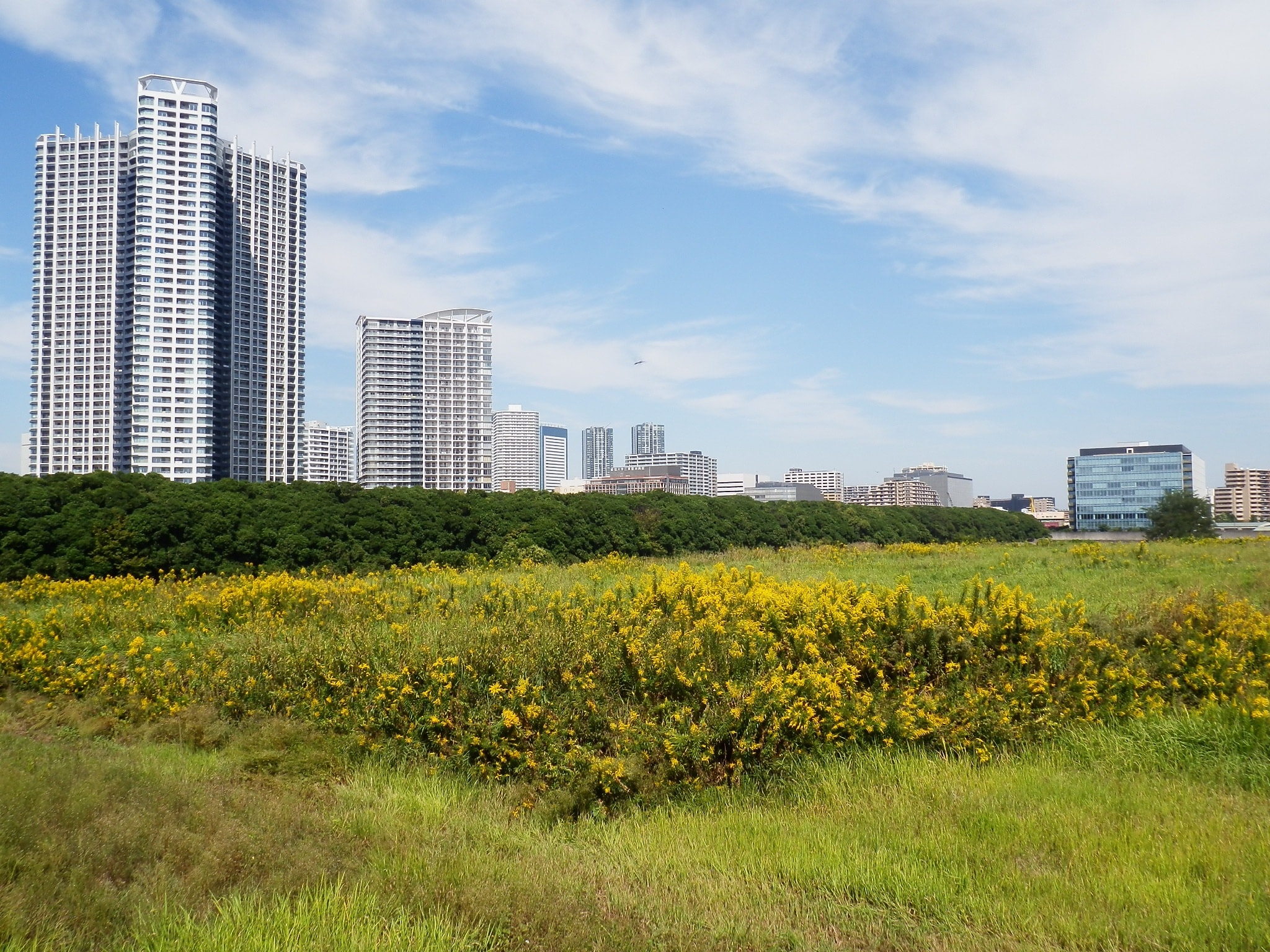 The United States has lost many of it’s natural forests to agriculture and to urban development. For instance, the U.S. had an estimated 46 percent forest coverage prior to European settlement. Today, the forest cover maintains a relatively steady 33 percent. Much of that development is retail space that has become unused today. The United States is home to more retail space than any other nation, at 23.6 square feet per capita. E-commerce has boomed as the majority of consumers are preferring to go online for goods and services. As a result, many retail mainstays are shutting doors nationwide, including the once-flourishing company, “Toys ‘R’ Us”. Despite these challenges, North American retailers still opened almost 50 percent  more store fronts than they closed in 2018. Retail space is being opened that doesn’t get used, and that development hurts our forests.

Say No to Fast Fashion

If there’s one consumer responsibility one can act upon with little to no effort, it’s this one. “Fast fashion” is defined as garments that are worn less than five times and kept for only 35 days or so. It’s the reason stores like H&M and Zara, to name just a couple, are bringing in new items on a weekly basis, or more. According to Forbes, “Nearly 70 million barrels of oil are used each year to make the world’s polyester fiber, which is now the most commonly used fiber in our clothing. But it takes more than 200 years to decompose.” Annually, enough garments are produced to give every person on the planet 20 new garments. And yet, that’s neither what we’re seeing, nor what folks who really could use the clothing are seeing. Some manufacturers are even beginning to take notice of the demand for more sustainable garments. For example, there are manufacturers like Adidas who just unveiled a running shoe made of 100 percent recycled material. 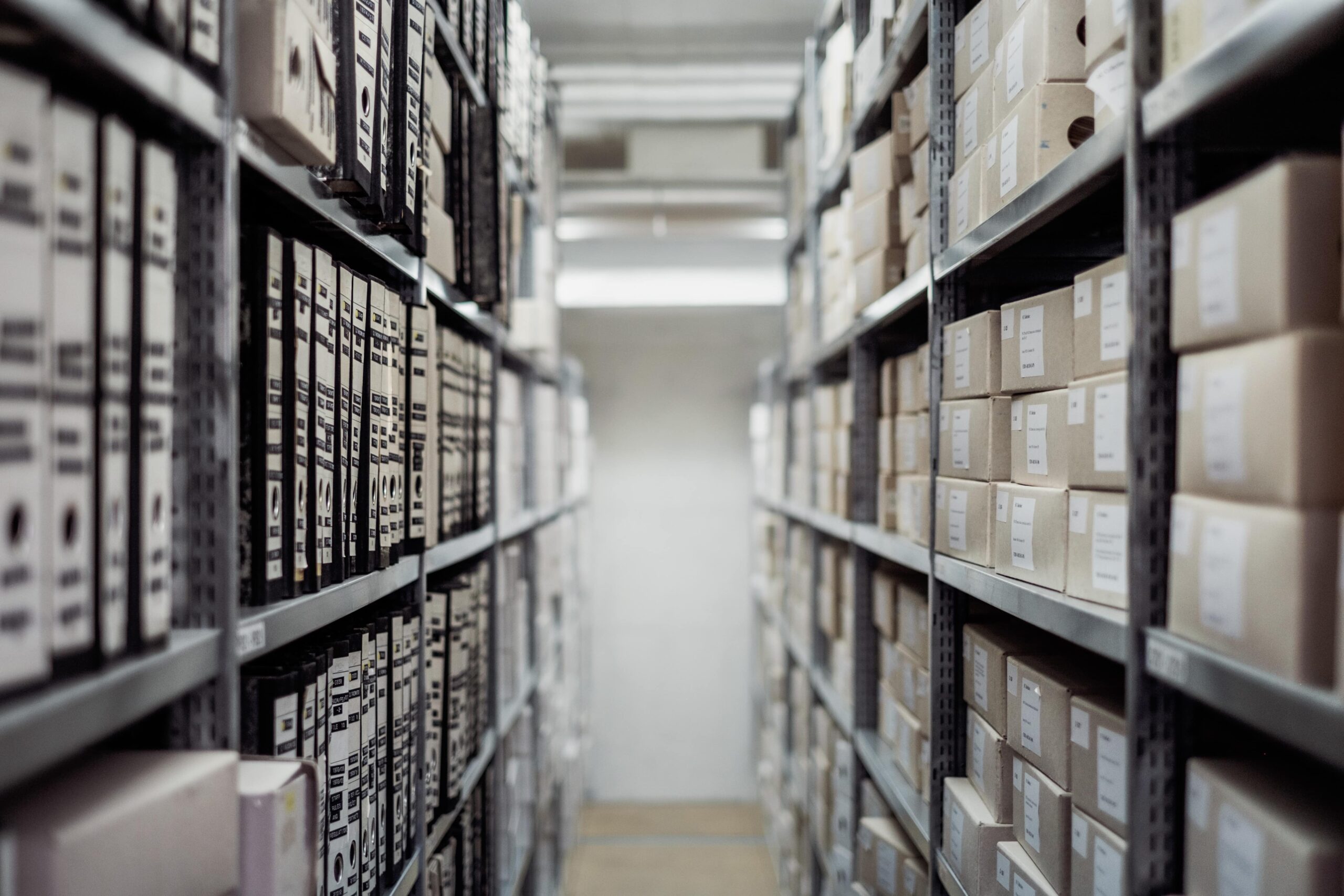 The “slow fashion” movement is trying to counter the “Fast Fashion” by educating buyers about consumer responsibility. They do so by teaching consumers to be mindful of the garments they purchase. It’s a focus on quality garments that will last and that can be worn a number of ways. Additionally, more natural fibers like wool are preferred over polyester and cotton. Project 333 is a minimalist fashion challenge that tasks individuals with wearing just 33 garments for three months, including jewelry, outerwear, and shoes. It can be a great way to force oneself to be mindful of the garments they own, and how to choose more versatile fashion.

Check this video out for more on Project 333 founder Courtney Carver and herslow fashion mission. 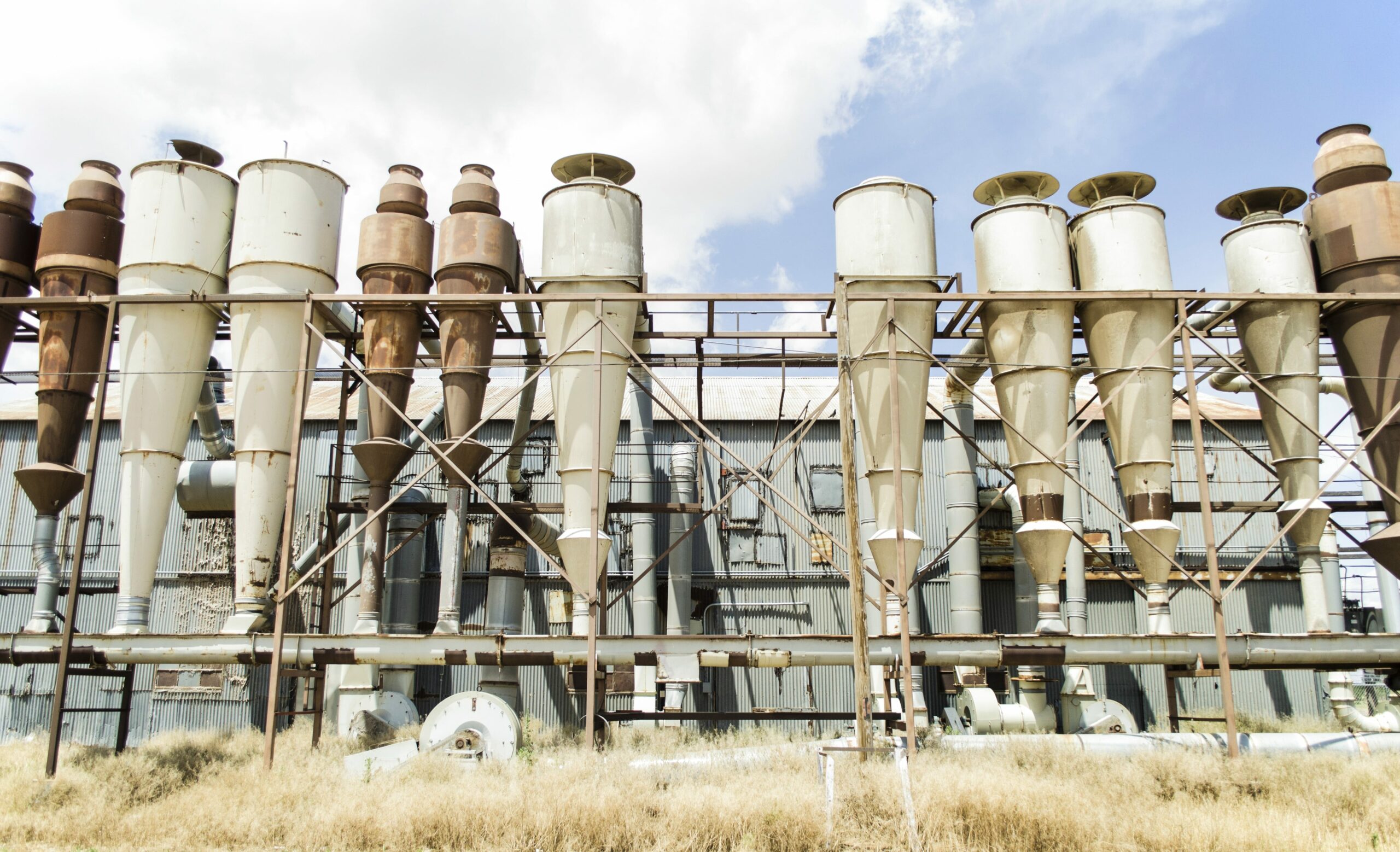 This consumer responsibility has been alluded to already, but it’s important enough to take some time to focus on agriculture. How many times have you come home from the grocery store to find that your fresh produce just doesn’t taste very good? In the United States, years of market pressure have shown farmers that people care about three things: size, uniformity, and disease-resistance. This is in stark contrast to Europe’s focus on taste. This attitude leads to agriculture that more closely resembles an assembly line. Huge amounts of crops are grown that rip the nutrients from soils and pesticides that are hugely detrimental to the environment (even after being made illegal in the United States, DDT still has lasting impacts here and in countries where it is still being used for produce that gets shipped here.) 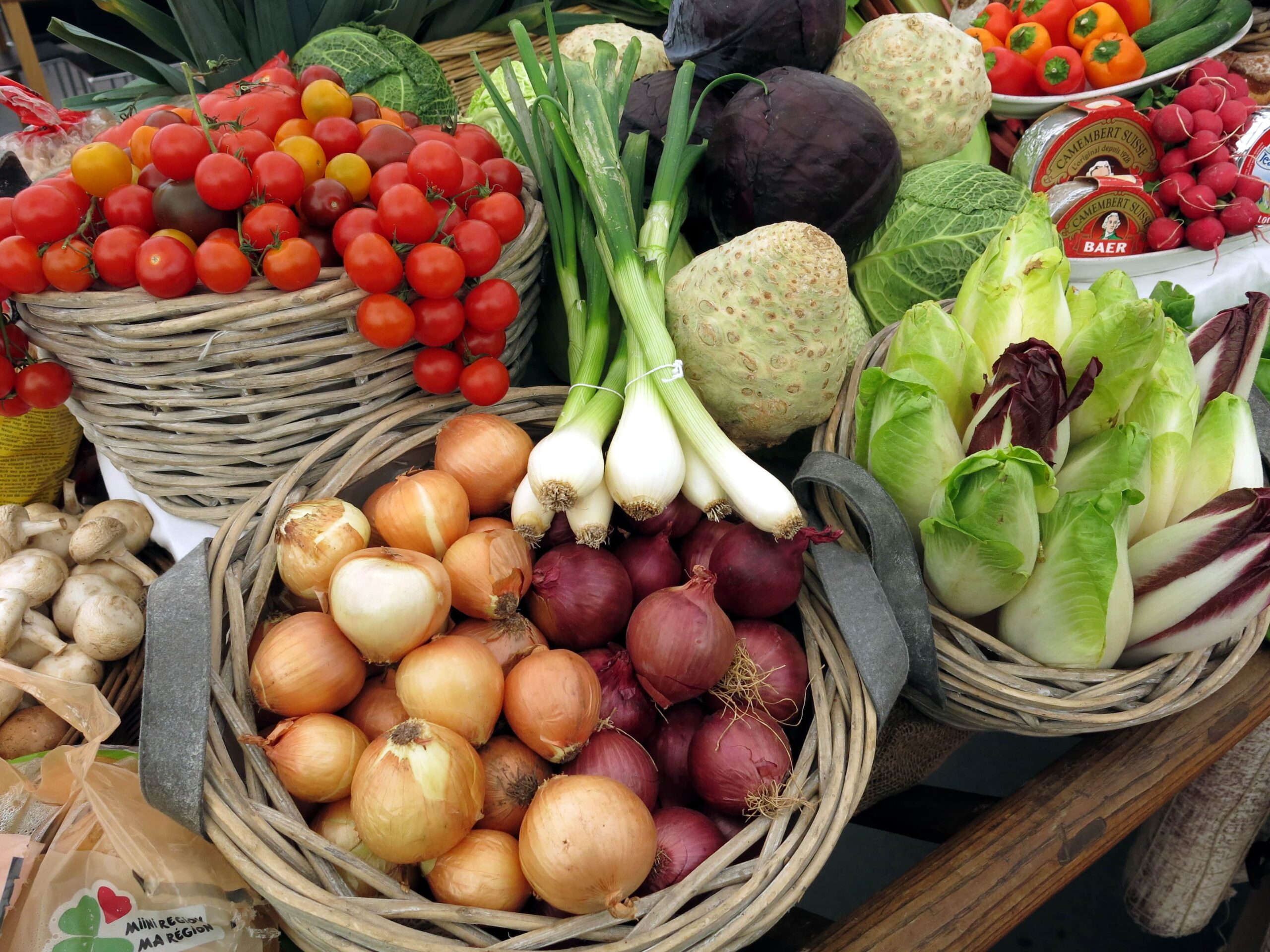 The easiest solution is to reject factory farming and buy your produce locally. Produce grown within your area doesn’t have to travel the huge distances that commercial varieties do, which means it has time to ripen naturally. In other words, the fresh produce is as flavorful and nutrient-packed as it should be… and by buying locally, you’re also supporting your local economy. Plus, as far as we’re concerned, knowing exactly where your food comes from is both comforting and healthy for you and for your family. Moreover, local produce is also less likely to have been exposed to chemicals, like harmful pesticides or artificial ripening agents. 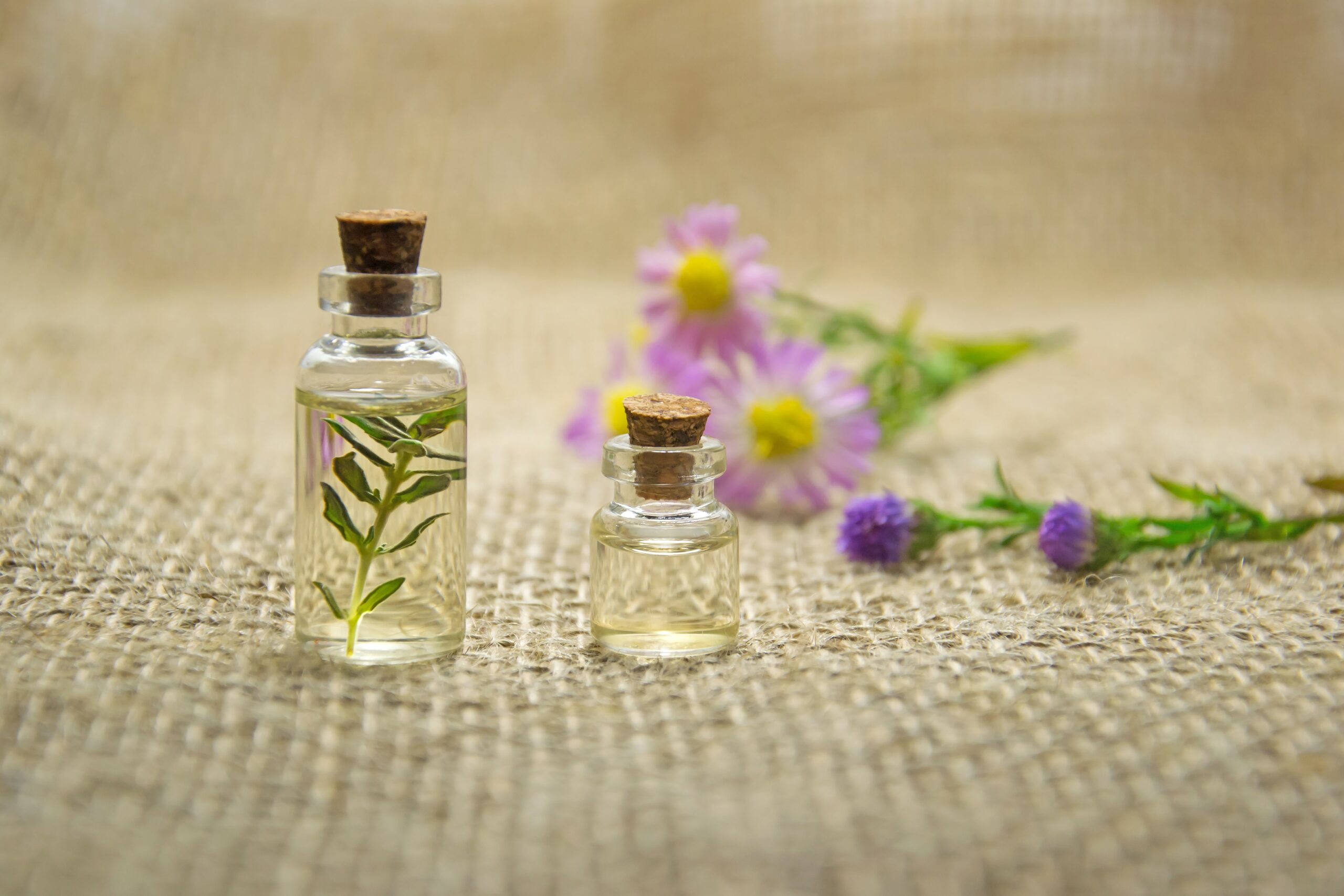 Increased awareness of the benefits of alternative medicine has raised the demand for essential oils. Some of the most popular oils include lavender, tea tree, and peppermint oils. These oils are made by distilling their ingredients and capturing their aromatic “essence.” Palo santo oil, another popular oil, comes from its namesake trees. Palo santo is known as the “holy wood,” and its popularity is destroying it. The palo santo tree grows in the dry regions of Ecuador and some mature trees used in oil production are upwards of 90 years old. The lack of regulation in the essential oil industry has caused many to fear the longevity of the species. In short, be sure to choose oils from brands that champion sustainability and quality. More information about where you can find sustainable oil products can be found here. 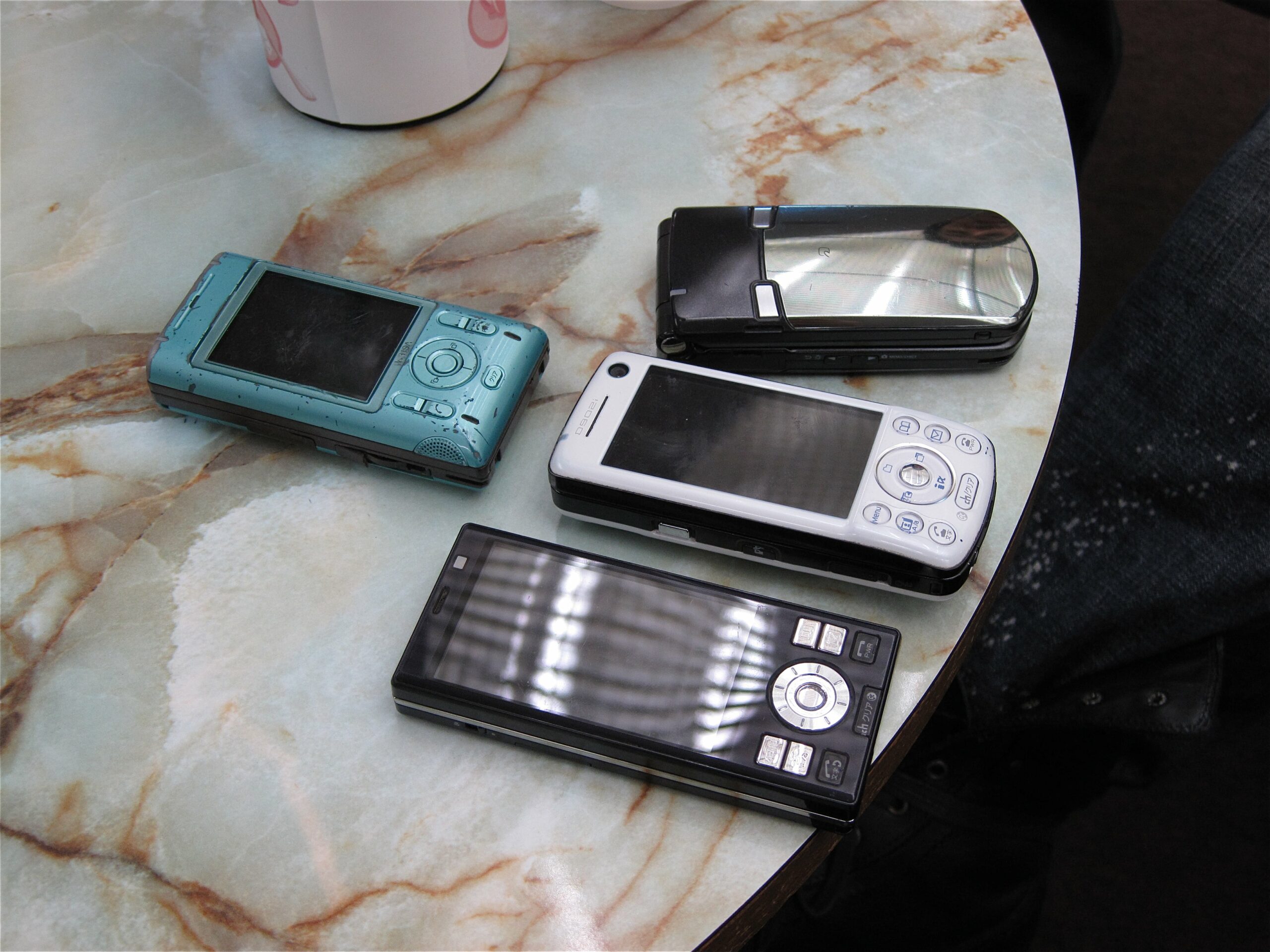 Don’t Be Passive About Technology

Annually, 140 million cell phones are discarded. However, many more cell phones sit in drawers as their former users hold onto them for…what exactly? The Environmental Protection Agency estimates 75 percent of users do just this, and that only 20 percent of unwanted cell phones are recycled yearly. Cell phones are made of toxic materials like lead and mercury, and even gold. These materials are incredibly difficult to mine. Furthermore, it is estimated that mining just one ounce of gold creates 79 tons of toxic waste. 79 TONS! What is also concerning is the fact that many of the materials in technology are mined in high-conflict regions like the Democratic Republic of Congo and Rwanda. However, the recycling of these conflict materials helps alleviate the demand for new mining, even if in a small part. 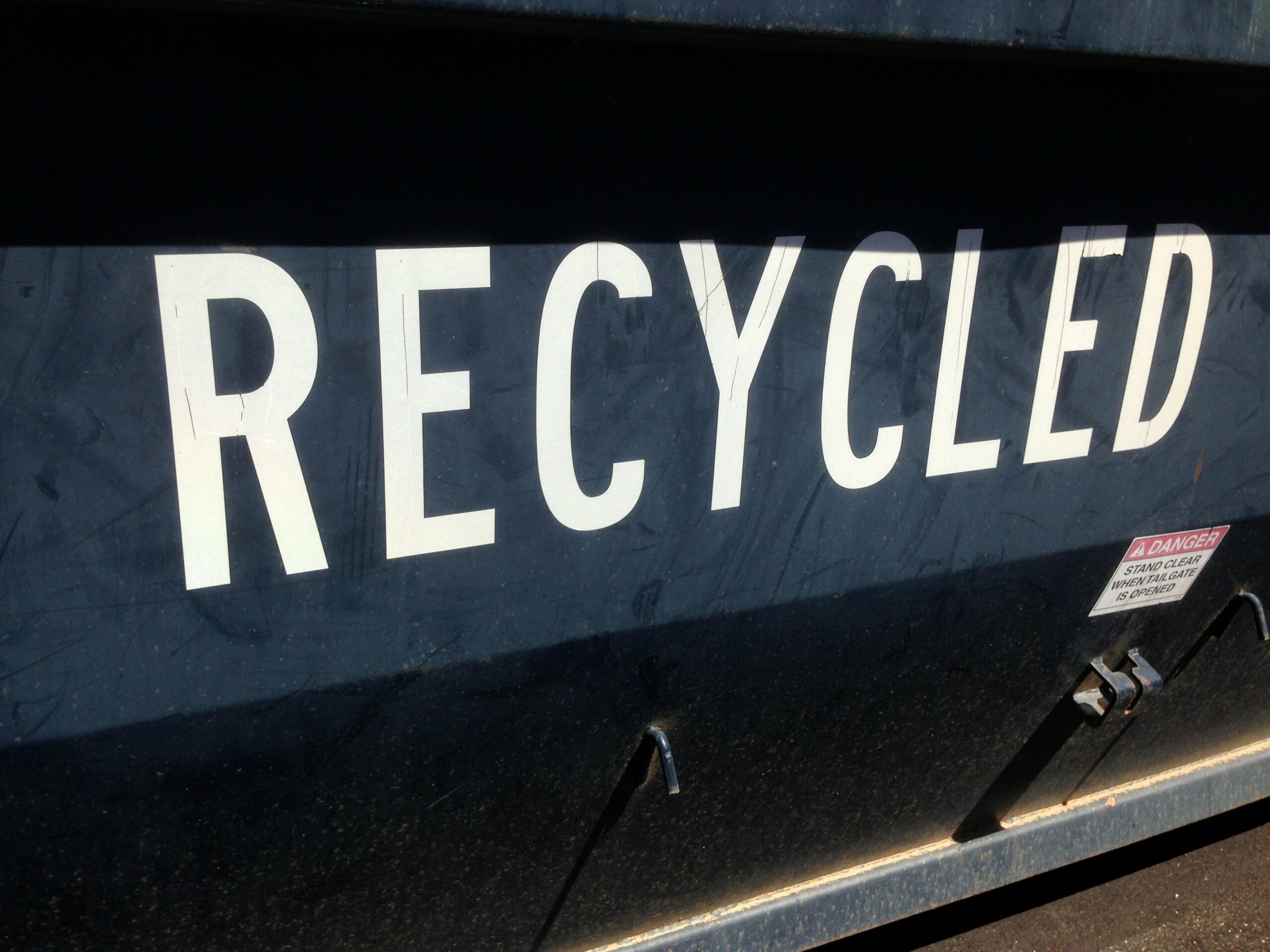 Locating a place to bring your old devices is half the battle. For many devices, like cell phones and laptops, Best Buy, Amazon, and Goodwill offer programs to both recycle for materials and to give your old devices to folks who may need them. Apple will even offer customers gift cards in exchange for their old devices.

Check out more info on recycling your electronics here. 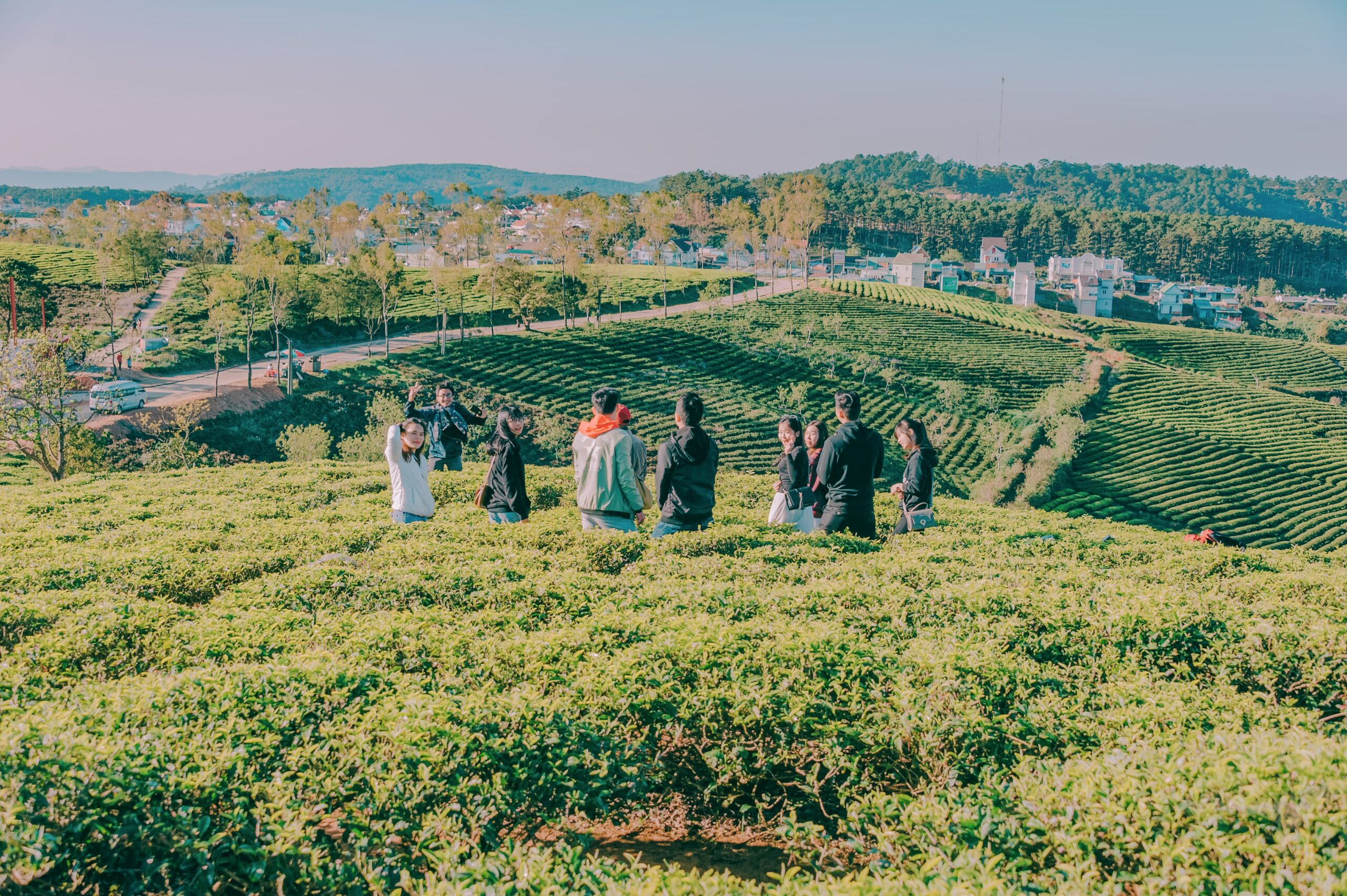 Your consumer responsibility is to look after the environment and it doesn’t have to feel like a burden. Use this knowledge to support responsible practices in your products or services. Likewise, be sure you take advantage of your ability to offset your carbon footprint with a monthly commitment to Forest Founders.