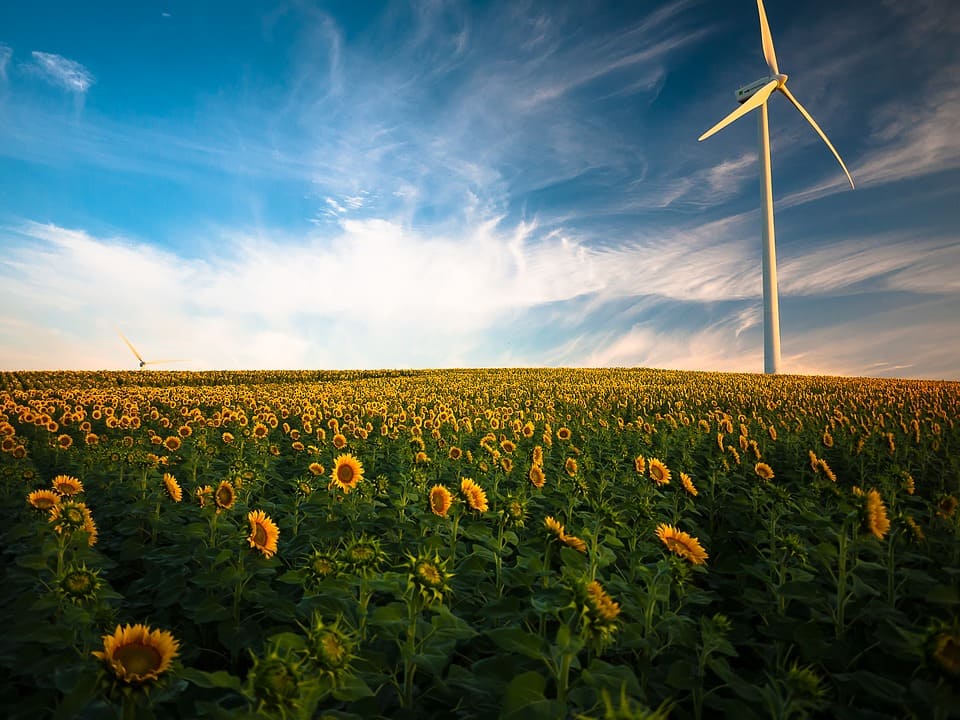 A Source of Energy You Can Feel Good About

From the gas we put in our car, to the electricity that lights our lamps, to the natural gas that we use to heat our homes, people around the world use a lot of energy. In fact, a study on energy consumption published by Scientific American showed that “burning fossil fuels are likely to have increased by about 2.7 percent in 2018, after a 1.6 percent increase in 2017”. Does that make you feel good? Probably not, especially if you’re reading this article. So what can we do in 2019 to make sure we don’t see a further increase in our greenhouse emissions? Well, one answer could be that instead of burning fossil fuels, we can turn to renewable energy. Increasingly, people are becoming more concerned with how we power our homes, cars (and lives), and they are turning to alternative fuel sources. 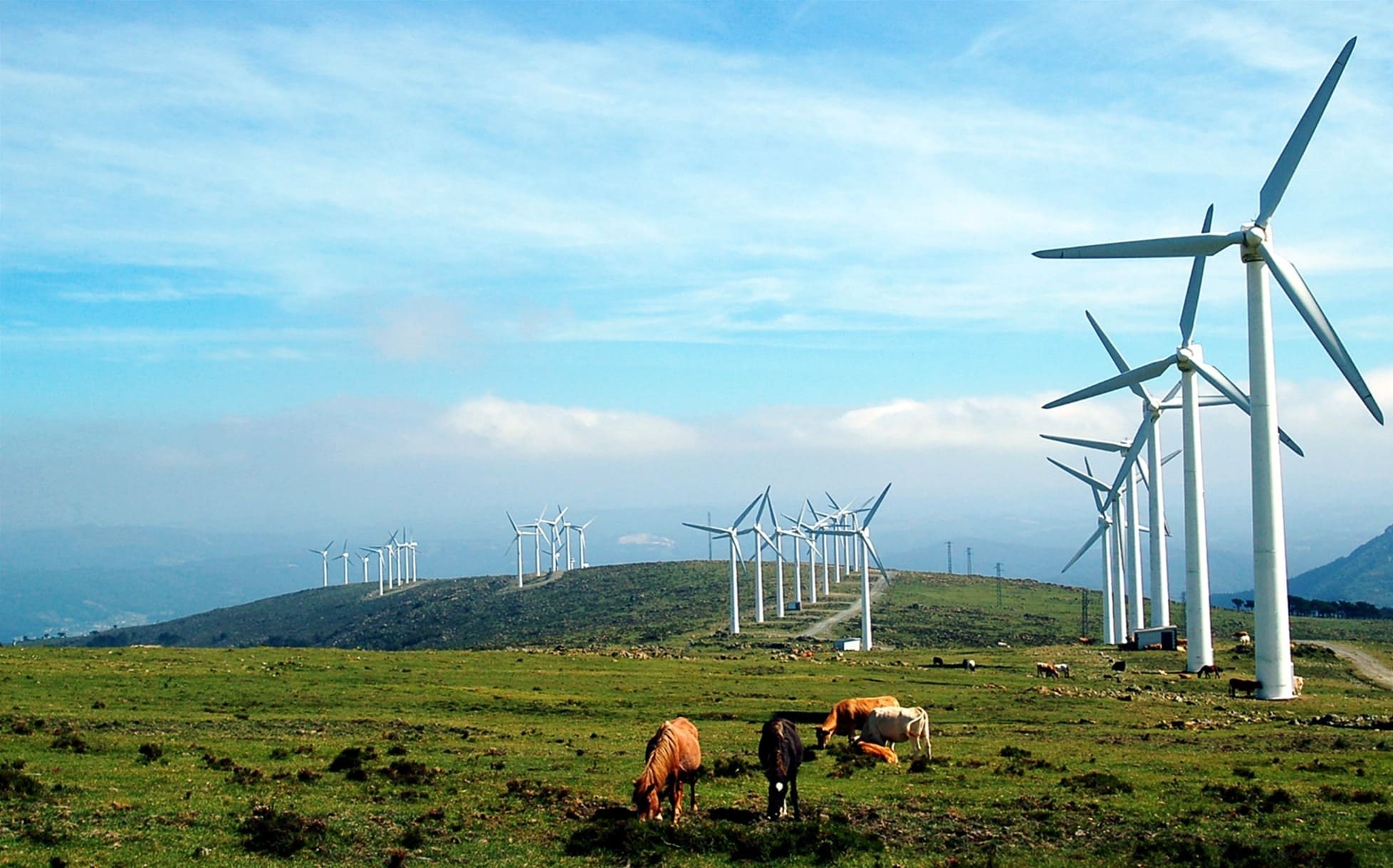 What Is Renewable Energy?

So maybe you have a vague idea of what renewable energy or clean energy is, but you’re not quite sure, exactly. The United States Energy Information Administration (EIA) defines renewable energy as “energy from sources that are naturally replenishing but flow-limited. They are virtually inexhaustible in duration, but limited in the amount of energy that is available per unit of time”. Types of renewable energy include things you’re probably somewhat familiar with. Such as wind power, solar power, geothermal power, or hydropower.

There are several forms of solar energy or wind energy systems that you are familiar with. Renewable energy technology looks like wind turbines and solar panels. You might also know of someone who uses geothermal energy to heat and cool their home. All of these sources, and more, help the average American to do several things. For starters, they help to cut their reliance on fossil fuels and reduce their emissions of greenhouse gasses. All the while generating the electricity and power they need in their daily lives. So what are the benefits of using renewable energy to power your life? 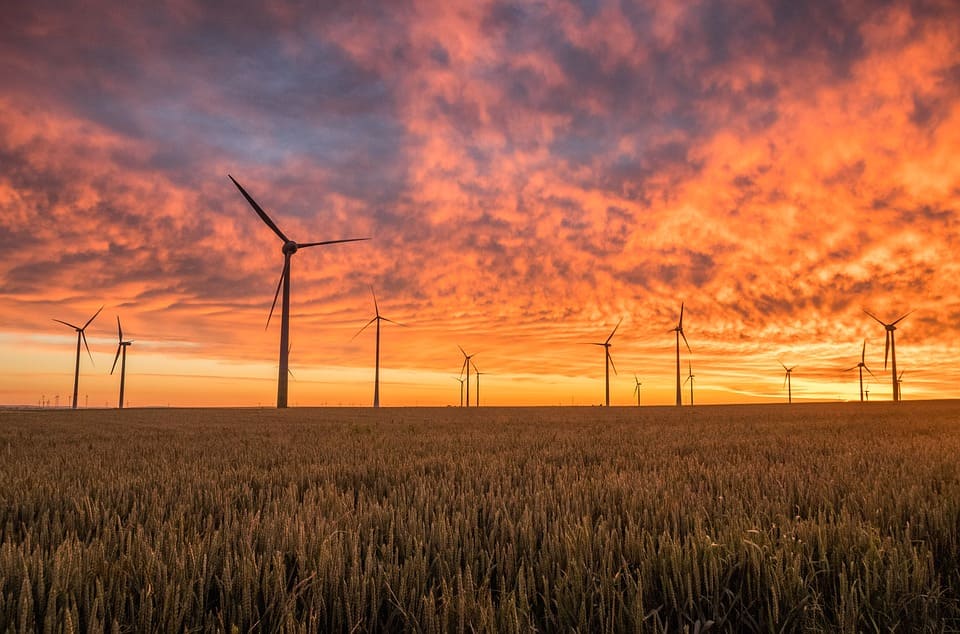 #1. Forms of Energy That Don’t Run Out

If you’ve been to the gas station lately you already know this: gasoline is expensive. Anybody from an older generation can tell you memories of gas only costing them a quarter for a gallon. So, why has gas gotten so expensive? While inflation is an integral part of the argument, a much more substantial part is that oil is not a renewable resource. There is a finite supply in the world, meaning one day we’re going to run out. Obviously, people don’t want the world to use its supply of oil. It’s what many people rely on to fuel their cars and heat their homes, among so many other things we use oil for. We’re already worried about it, which is why we have ideas like Peak Oil. Peak Oil is the theoretical point where the earth’s extraction of its crude oil supply will have reached its peak. After this point, our ability to extract that same oil and turn it into gasoline will sharply decline. This could cause a huge panic. But it won’t have to if we can switch to renewable energies. Renewable energies have a virtually limitless supply. Solar and Wind energy both come from heat produced by the sun. Obviously, there is a limit to the amount of energy the sun can produce as well, but unless you’re planning on living more than 5 billion years, the sun probably has you covered. 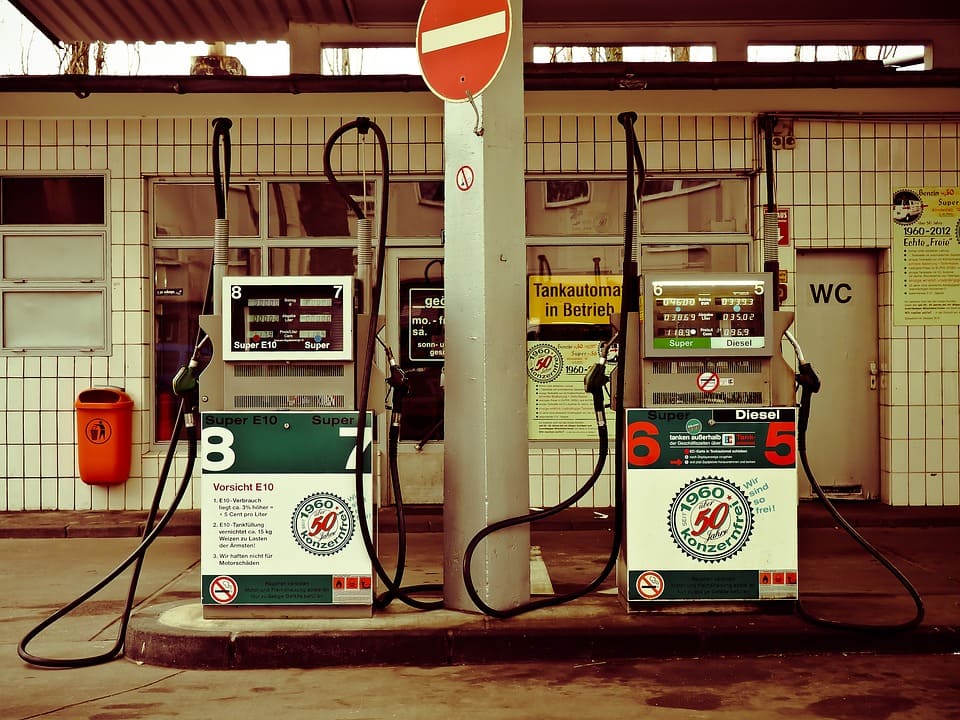 Do you know where your gasoline comes from? If you don’t, the answer is… probably not America. In fact, less than 40% of the crude oil Americans use comes from America. The biggest contributors outside America are Latin America, Canada, and the Persian Gulf. Now if you’re thinking, “I have an electric car, so this doesn’t concern me”, well bravo for your efforts, but gasoline isn’t the only thing we use crude oil for. Crude oil is also used to make plastics, asphalt and road oil, and a whole host of other synthetic materials. One of the simple beauties of renewable energy is that it is available everywhere. We don’t need to ship it across the globe. Also, creating power facilities in America mean creating more jobs for Americans and a chance for energy independence. In 2016, the wind energy industry employed more than 100,000 employees. The wind energy industry alone was worth $13 billion that year. See where we’re going with this? 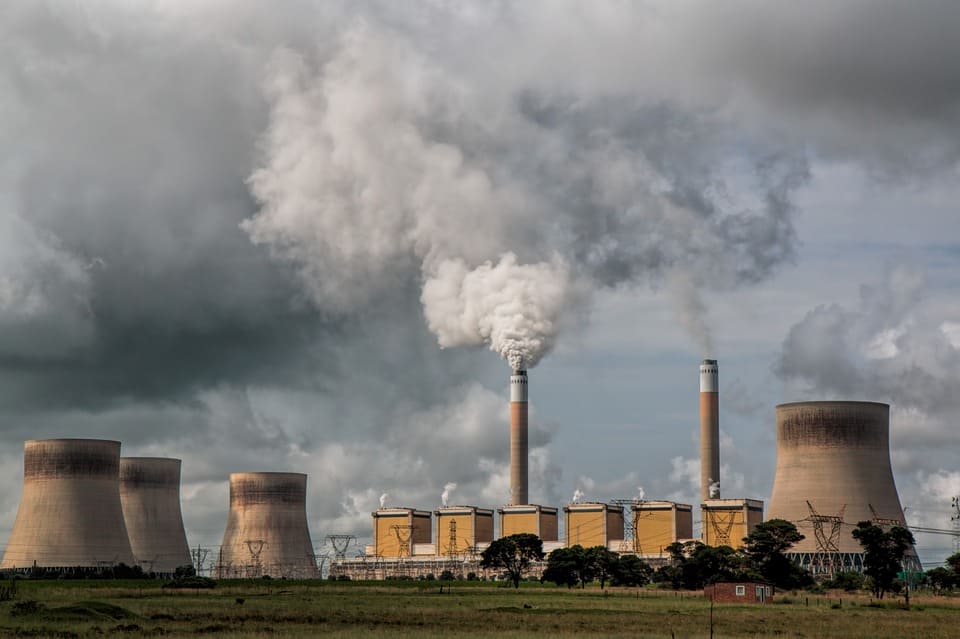 According to the EPA and the EIA, about a third of the U.S.’s greenhouse emissions are made by our (aka American) energy production. This energy production is mostly through the use of fossil fuels like coal and natural gas, which, as you know, is the problem. Or at least one of the many big problems. In contrast, greenhouse emissions from renewable energy sources are virtually nonexistent. Even when looking at the lifecycle emissions (which includes every part of the manufacturing process for renewable energy sources), the emissions are negligible. Especially in comparison to fossil fuel emissions. What’s the holdback? 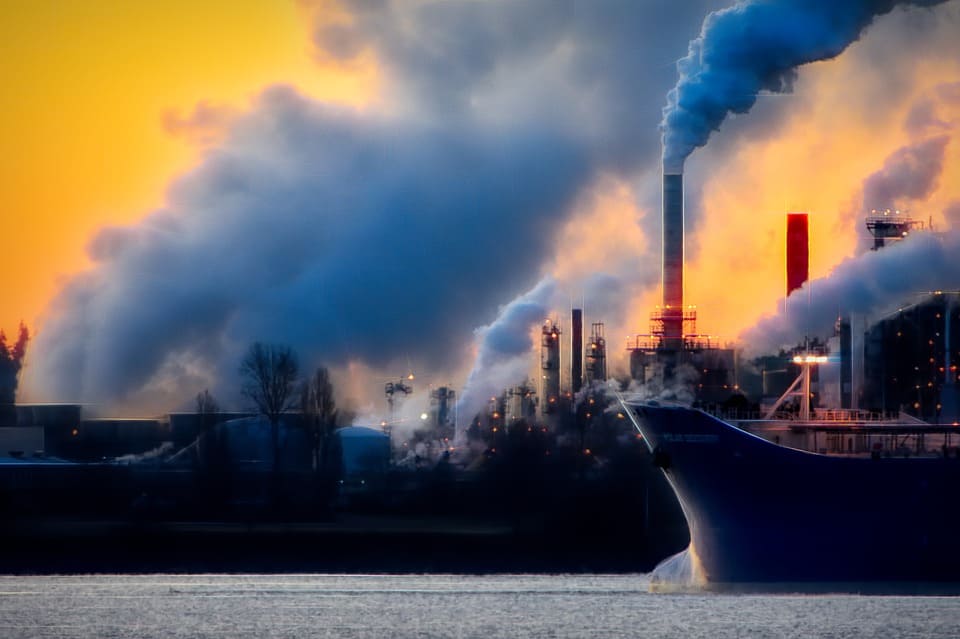 #4. Improvements for Public Health as a Whole

According to a report by the National Renewable Energy Laboratory, greenhouse emissions produced in America dropped around 4,800 metric tons in 2013. This reduction in emissions saved Americans more than $5 billion in health and environmental benefits. The report states that “most of the health benefits come from avoided premature mortality, [which is] primarily associated with reduced chronic exposure to [greenhouse gases]”. This makes a lot of sense! Consequently, smokestacks and exhaust pipes around the globe release deadly air pollutants. On the other hand, the further we make the switch to using renewable resources, the fewer air pollutants we’re going to be exposed to. Over time these health benefits will only continue to increase. And it won’t just benefit human health; it’ll have a positive impact on all living things. 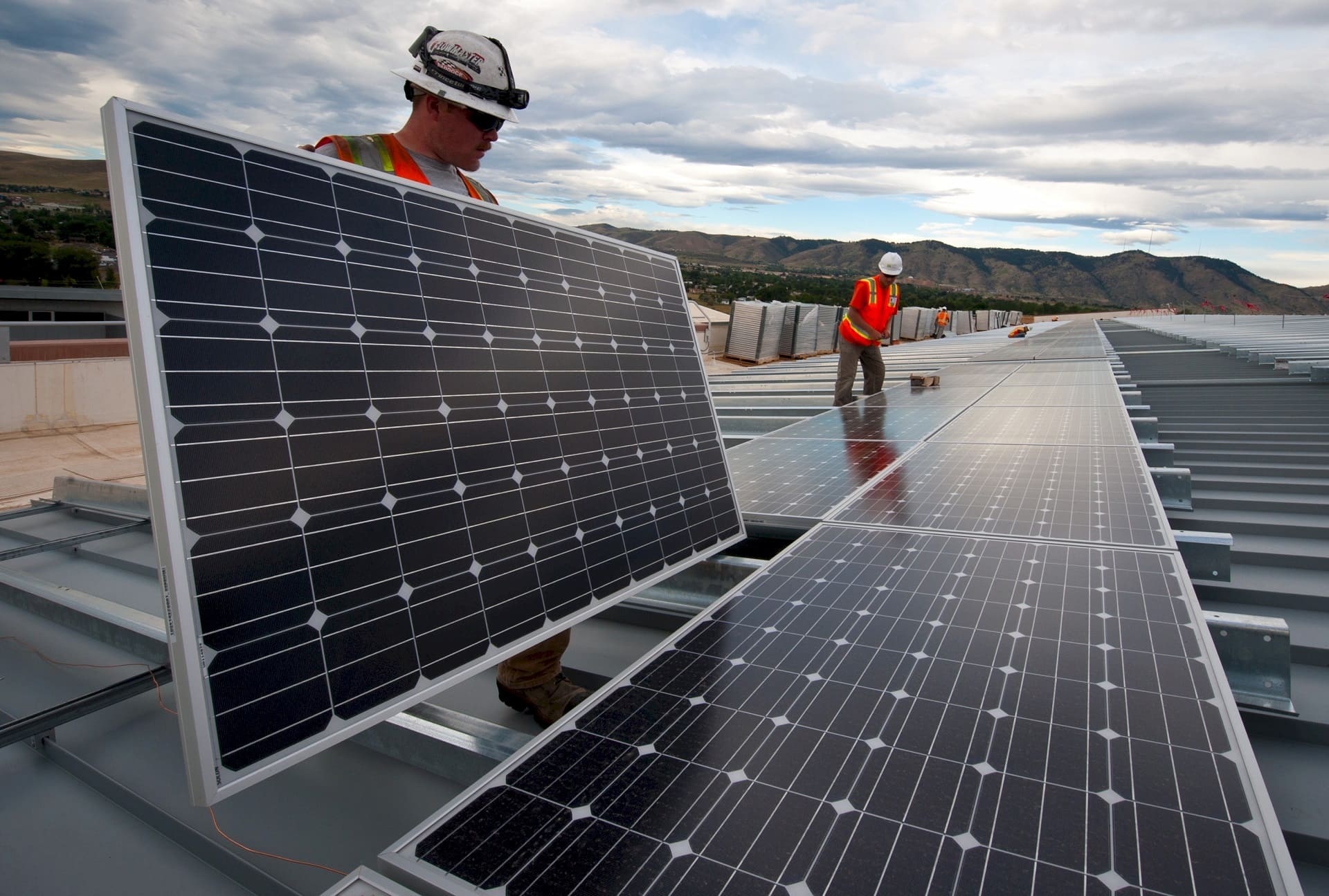 We’ve already briefly discussed peak oil and the obvious economic impacts that can have on the price of our energy. So what is the price of renewable energy by comparison? While the upfront costs to build renewable energy production facilities are really high, the cost of operation is extremely low, and that upfront cost is dropping pretty quickly. For instance, between 2010 and 2017, the Solar Energy Industries Association reported that costs to install solar energy generators dropped by more than 60%. The number continues to get lower as technology continues to improve. And technology is always improving. Think of what cell phones looked like ten years ago compared to today. If we can see that much growth for something like a cell phone, just imagine where renewable energy could be ten years from now. Moreover, because the energy source is renewable, we don’t see the huge price swings the way we do with nonrenewable sources. These swings are usually caused by dramatic increases in demand. However, if we could begin to switch to more renewable energy sources, the demand would be lessened, and we might even see a reduction in the cost of nonrenewable resources.

It can seem like there is a huge barrier between the average person and their ability to use renewable resources. Luckily that barrier is growing smaller every day as the technology becomes more affordable and readily available. But don’t get caught up thinking that installing solar panels is the only way you can help the environment by enjoying renewable energy. Check out our website to find out how we can help you save the Earth without spending your life savings!