Learning Center
What is Climate Change?

Climate change is a phrase you’ve probably heard a lot in school or on the news. But what is it, really? Seasons change, and the weather changes all the time. Why is climate change different? Climate change is the overall change in the planet’s weather systems over the course of many years. When we discuss recent climate change, we are talking about the fact that scientists have discovered gradual warming of the planet to the hottest temperatures ever recorded in the last two decades.

A Brief History of Climate Science

You’ve probably learned that Thomas Jefferson was the third President of the United States. You might have also learned that he initiated the Lewis and Clark Journey of Discovery, wrote the Declaration of Independence, and was one of the authors of the Bill of Rights. You might even have known that he was an inventor who designed his own version of the swivel chair! You might not have known, however, that he was also one of America’s first climatologists! Like his contemporary Benjamin Franklin, Thomas Jefferson was very interested in science, technology, and engineering. He was also a farmer, and the health of his crops was dependent upon weather conditions, so it makes sense that he would use his interest in science to devise techniques and technologies that allowed him to understand weather patterns. He collected lots of data on the weather, including temperature changes from day-to-day (even hour-to-hour), and records of wind direction and intensity. He even studied how clearing land influenced changes in local climate. Modern climatologists still use Jefferson’s records to study climate patterns. While he might not have realized it at the time, all of his records and analysis of weather patterns were actually functioning as studies of two different phenomena: weather and climate. 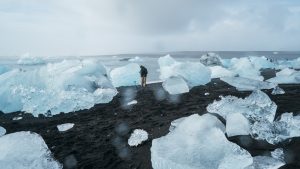 But what’s the difference between weather and climate?

When we talk about the weather, we’re talking about the temperature and conditions right now and in a particular place. Let’s say that this morning it was raining, but now it’s sunny. That’s a change in the weather. When we talk about climate, we’re talking about the kind of temperatures and weather conditions that are common in a location. Is the weather usually cold and rainy, or hot and dry? We know that Arizona doesn’t have the same kind of day-to-day weather conditions as Alaska. This is a difference in climate. So, even if it starts raining for a long time in a region where it’s almost always dry, the climate is still considered dry even though it might rain periodically. Climate also describes the weather conditions you can expect at a certain time of year, every year. Winter snow, spring rains, and summer heat are examples of climate conditions in certain regions, because they occur regularly. 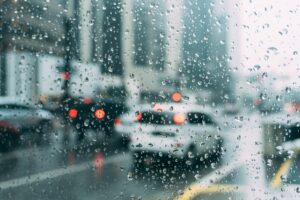 Factors That Influence Weather and Climate

Lots of factors influence both the daily weather and the long-term climate of different areas throughout the world. Here are some of the reasons why climate and weather vary from region to region.

What does climate change mean?

You’ve probably heard about the ice age (or at least seen the movies). There have been several ice ages throughout the history of the planet, where atmospheric temperatures dropped so low that glaciers and massive ice sheets formed in the northern and southern hemispheres. Within ice ages are periods of warming, called “interglacial periods”, where glaciers melt. We are currently in an interglacial cycle. There has always been a gradual cycling of the global climate, meaning the planet’s weather systems changed over time and average regional temperature and rainfall levels increased or decreased as a result. The land mass that is now the United States was once mostly glaciers 20,000 years ago. But over the centuries, the climate gradually warmed up and today the United States climate is largely warm.

The effects of global climate change include:

While changing climate is to be expected over time, the global climate has increased rapidly and dramatically over the past century and a half, and it is continuing to change at an alarming rate.

Why is the changing climate important right now?

The global climate has increased an average of two degrees Fahrenheit over the past century, but there are regions that are warming at a considerably faster rate. While two degrees might not seem like much, it has a significant effect on weather events. Some weather events that have gotten more severe as a result of the warmer climate include:

These events make it difficult for some plant and animal species to survive in their natural habitats. It also becomes harder for humans to live – crops become more vulnerable to disease and drought and die off, and humans suffer too, because clean water becomes scarce and the resources we need become difficult to obtain.

What is causing climate to change so quickly?

Lots of natural events release greenhouse gasses into the atmosphere; volcanic eruptions and wildfires emit high volumes of CO2. While the planet’s natural functions cause a gradual change in climate over many centuries, the reason the climate is now changing so rapidly is because of human activity. Human activities over the past 150 years have released high volumes of emissions, called greenhouse gasses, into the atmosphere that cause the Earth absorb heat. Greenhouse gasses are carbon dioxide (CO2), water vapor, nitrous oxide, methane, and chlorofluorocarbons, among others. In normal conditions, the greenhouse effect is a phenomenon that regulates the Earth’s temperature. The energy of the sun is partially reflected back into outer space by cloud layers, but greenhouse gasses absorb some heat and keep the planet at a consistent temperature. When these gasses are released into the atmosphere in unnaturally large quantities, they trap more heat from the sun, causing the climate to rise.

Human activities that have contributed to climate change include:

How can we slow climate change?

When we drive gas-powered cars, fly in airplanes, use fossil fuel-generated electricity, and purchase items that were manufactured using gas-powered industrial equipment, we contribute to the release of greenhouse gasses. (This is called our carbon footprint.) We can slow climate change and reduce emissions by limiting the practices that release CO2. We can do that in the following ways:

Planting trees is one of the most important things we can do to slow the effect of climate change. Forests are called “carbon sinks,” meaning that they absorb carbon, use it during the process of photosynthesis, and release pure oxygen. This helps reduce the volume of greenhouse gasses in the atmosphere and helps regulate the global temperature. Forest Founders is dedicated to raising environmental awareness and promoting carbon footprint accountability. To learn how you can help protect and restore the world’s forests, visit Forest Founders’ signup page for information.

You Can Help Slow Climate Change!