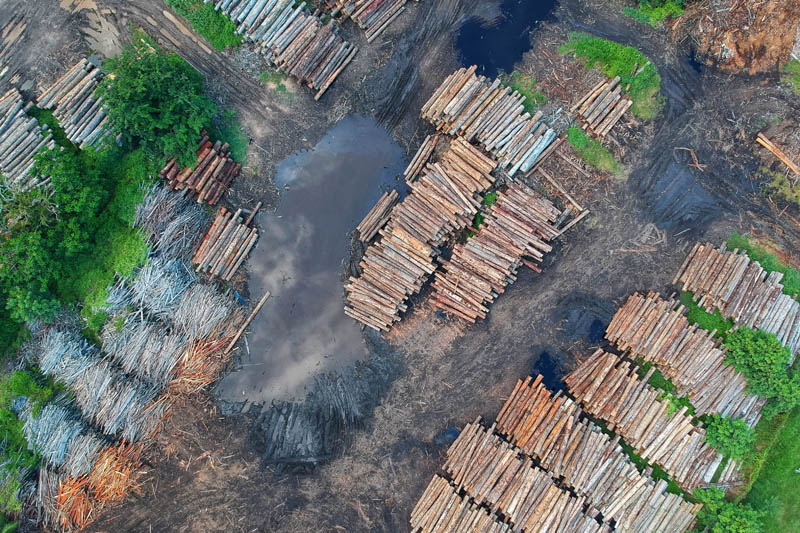 Approximately 30 percent of the Earth’s landmass is covered by forests. However, active deforestation efforts are removing valuable forest cover at an accelerated rate, and approximately 15 million acres of forest are removed every year. Here’s what you need to know. Forest Founders is dedicated to raising awareness of the deforestation crisis, and supporting diverse organizations’ work to preserve global forests.

Trees — and forest lands in general — are critical to decelerating the climate crisis. Forest lands sustain diverse wildlife, clear pollutants from the air, absorb greenhouse gasses, and deliver essential natural resources to surrounding communities, including jobs. Nevertheless, forests are vulnerable to aggressive deforestation as millions of acres are removed every year. The short-sightedness of forest cover removal by public and private interests will create long-term problems. These problems with be both immediate and extend to future generations.

The Earth’s land area consists of roughly 30 percent forests. Nevertheless, they’re disappearing at shocking speeds, More than 500 million square miles of forest cover were lost since 1990; an area more than three times the size of California. Nearly half of all trees in the world have been cut down by humans since humans started clearing forests. In the past 50 years alone, nearly 20 percent of the rainforests in the Amazon have been destroyed, with no signs of slowing down.

Trees are highly effective in removing harmful carbon dioxide and other greenhouse gasses from the atmosphere — they’re the most effective natural resource we have on Earth for this purpose. So effective, in fact, that mature, tropical forest cover alone could help the world achieve the goals of the Paris Climate Accord. Not only do they capture huge volumes of greenhouse gasses, but the act of stopping their removal could reduce greenhouse gas emissions by nearly 5 gigatons.

Why are we removing forests?

Over half of all global deforestation is due to drilling, mining, farming, and livestock grazing operations. The rest is lost through wildfires, poor forestry practices, urban encroachment, and logging operations. Palm oil production is a huge driver of forest cover loss with little regulation, since palm oil is a key ingredient in a huge segment of consumer goods.

Why is deforestation problematic?

In addition to contributing to the climate crisis, deforestation has large-scale effects on humans and wildlife. There are about a quarter-billion people living in forest and grassland ecosystems. These people rely upon the resources found within forest spaces for personal and economic survival.

It is estimated that 80 percent of all non-marine plants and animals are found in forest areas, many of which are threatened or endangered. Cutting down forest cover removes their habitat and destroys the tree canopy that regulates temperatures, creating fluctuations in temperature that many plant species cannot survive. This threat to biodiversity could have severe environmental consequences, and even threaten the survival of remaining forests.

Deforestation’s impact reaches far beyond the geographical location of the threatened forests. The Amazon rainforest has an effect on the water cycles of ecosystems around the world — not just in Brazil. The reduction in forest canopy disrupts complex water cycles that distribute rain throughout the entire continent. Increased deforestation could impact water cycles as far away as North America.

What can we do?

Many of our behaviors have indirect effects on forest health. When we consume products that source their raw materials from organizations active in deforestation, we are, in effect, supporting deforestation. As a consumer, you can research the products you commonly use and see whether they are sourced sustainably or not.

It’s also important to support organizations that actively support tree planting initiatives and forest preservation. Forest Founders was created to connect the public to different organizations throughout the world that prioritize reforestation and wilderness conservation. For more information about how you can support the restoration of global forests, please visit our information page. To participate in tree-planting projects, please register on our signup page.