The Earth and Human Activity: The Carbon Cycle 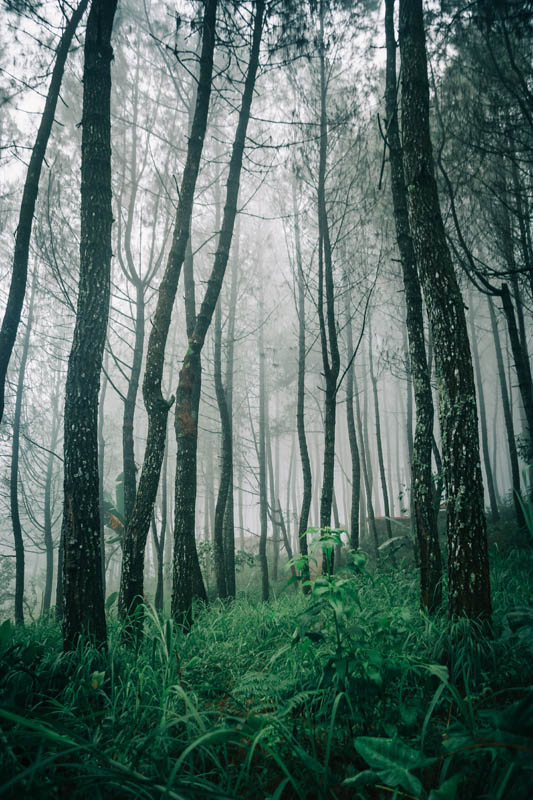 Human activity over the previous two centuries has had a tremendous and quantifiable impact on the carbon cycle. Deforestation – the removal of global forests due to active clearing, disease, or wildfire – accounts for a significant effect on biomass density. Biomass – the organic materials in forests like plants and trees – offsets carbon emissions because the process of photosynthesis captures high volumes of carbon in the atmosphere. Ensuring a healthy supply of trees in established forests is a critical component in helping the planet maintain an effective carbon cycle.

While deforestation is partly responsible for carbon cycle changes, the burning of fossil fuels is even more environmentally damaging. Using fossil fuels in transportation, industrial processes, and large-scale power generation releases high volumes of greenhouse gasses, most notably carbon dioxide (CO2). This activity releases CO2 that has been stored for millions of years. This means we’re effectively adding the gas into the atmosphere, rather than cycling existing CO2.

These activities have led to a massive increase in atmospheric CO2 since the industrial revolution in the 19th century. Before the widespread use of fossil fuels, the concentration of C02 in the atmosphere was approximately 280 parts-per-million, so for every million air molecules, 280 molecules were CO2. As of the second decade of the 21st century, the concentration has risen by over 140 parts per million, so today there are roughly 418 CO2 molecules for every million molecules of air.

In the mid-20th century, scientists started systematically measuring the volume of CO2 in the atmosphere. We have found that there has been a consistent rise in CO2 every year for the past nearly 60 years without much fluctuation. For the past 50 years, we have seen the volume of CO2 reach new highs every summer.

But what is the carbon cycle, anyway?

Living organisms use carbon to store and transfer energy. During photosynthesis, plants capture CO2 from the atmosphere and convert it to chemical energy in the form of simple carbohydrates. Plants then release the energy they created through the cellular respiration process, expelling water and oxygen into the atmosphere, along with smaller quantities of CO2. A significant portion of CO2 is sequestered into the Earth, removing it from the cycle. It is stored within the leaves and stalks of plants, which are eaten by the herbivores within the ecosystem. When those animals die and decompose, that carbon is released into the soil and ultimately turns into rock formations over the course of millions of years.

However, CO2 isn’t the only element that is triggering the climate crisis.

Greenhouse gasses are atmospheric gasses that, when combined, act as an insulator, trapping heat from the sun. The higher the concentration of greenhouse gasses, the warmer the planet becomes. Although CO2 is a major greenhouse gas, there are other, even more concentrated, gasses that contribute to global warming, including methane and water. While the release of CO2 and methane are directly connected to human activity, water vapor is released indirectly. As global climate increases, higher volumes of water evaporate from the Earth’s surface and enter the atmosphere. Melting by the polar ice caps is beginning to accelerate, causing higher volumes of atmospheric water vapor. Add to that the potential for large concentrations of methane that could be released from the oceans if the warming trend continues (there are frozen methane stores at the bottom of coastal Pacific waters that could become unstable as temperatures rise). If lower concentrations of CO2 and methane are released into the atmosphere, the resulting cooling effect could lead to less water evaporation.

The data collected from the previous two centuries indicate that there is a direct correlation between the concentration of greenhouse gasses in the atmosphere – CO2 most notably – and rising climate. Although over the past million years CO2 levels didn’t rise very far over 300 parts per million, the temperature of the planet was always very closely connected to CO2 concentrations. Moreover, the average global temperature rise of nearly 1.5 degrees Fahrenheit over the last century corresponds with the explosion of fossil fuel usage by humans.

The temperature rise of 1.5 degrees doesn’t seem dramatic to the average consumer, but the rise has been significantly faster and higher in the most recent decades as populations rise.

It is impossible to overstate the importance of the carbon cycle. All living organisms depend upon the efficient functioning of the carbon cycle and maintaining balanced levels of carbon. To ensure Earth is as habitable as possible, we must work to ensure that the volume of carbon released through human activity can be absorbed by natural carbon reservoirs. Keeping global forests healthy is essential to achieving this goal.

Forest Founders is devoted to raising awareness of the climate crisis and enlisting help from diverse populations in protecting and regenerating the world’s forests. To learn how you can help reforestation efforts around the globe, please register on our signup page today.